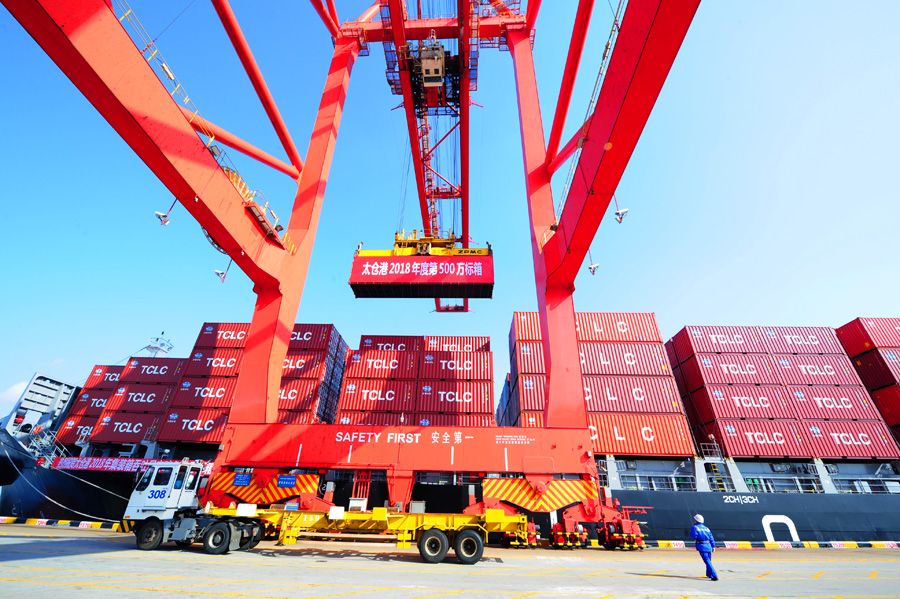 China and the United States have made plans for face-to-face trade talks in January in addition to maintaining intensive telephone consultations, the Ministry of Commerce said on Thursday.

The ministry's comments came after the two countries conducted vice-ministerial-level calls last week and gained fresh progress on issues of mutual concern, including trade imbalances and the strengthening of intellectual property rights protection. They also discussed arrangements for the next call and exchange visits.

Even though the US is in the Christmas holidays, the economic and trade teams from both sides have maintained close communication, and the consultation work has taken place in an orderly manner, Gao said at a regular news conference.

The ministry will further relax market access for foreign investment and work with related government branches to accelerate the opening-up process in telecommunications, education, healthcare, culture and other fields, to remove foreign investors' concerns and narrow the gap in domestic market, Gao added.

Necessary mechanisms on the facilitation, protection and management of foreign investment have been written into the draft law, such as pre-establishment national treatment and negative list management, equal supportive policies and equal participation in government procurement.

In term of enhancing property rights protection, he said the draft law prohibits government departments and officials from using administrative power for forced technology transfers and stipulates that technological cooperation concerning foreign investment should be decided by all related parties through negotiation.

"The measures to ease market entry are a result of the government's steady and thoughtful process of experimentation and adjustment, and benefit both foreign investors and Chinese economy by building a sound investment environment and predictable growth prospects for foreign investors," said Bai Ming, deputy director of the International Market Research Institute, part of the Chinese Academy of International Trade and Economic Cooperation.

A number of foreign companies announced new investment in China so far this year, including German chemical giant BASF Group's $10 billion investment plan to build a chemical plant in Guangdong province and California-based Tesla Motors Inc's move to build an electric vehicle mega-factory in Shanghai, with the goal of becoming operational in the second half of 2019.

About 241 billion yuan ($35.11 billion) of foreign investment went into China's manufacturing sector in the first 11 months of this year, up 16 percent year-on-year. Funds pumped into high-tech manufacturing jumped 30.2 percent to 78.1 billion yuan.