BEIJING, June 2 (Xinhua) -- China and the US are each other's largest trading partner and important source of investment, and their commercial cooperation has brought substantial benefits to both countries and both peoples, according to a white paper titled China's Position on the China-US Economic and Trade Consultations released by the State Council Information Office on Sunday. 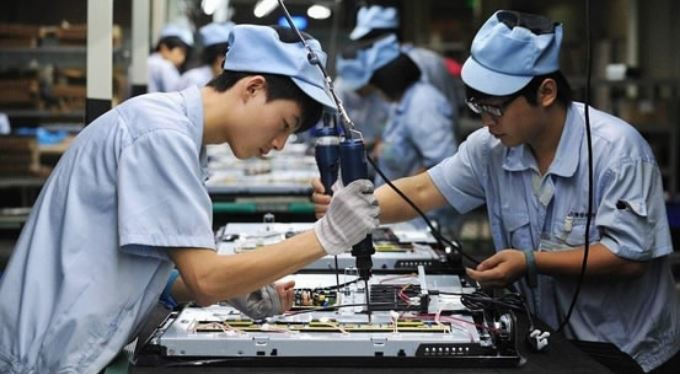 In 2018, bilateral trade in goods and services exceeded US$750 billion, and two-way direct investment approached US$160 billion, the white paper said.

According to China Customs, the trade in goods between China and the US grew from less than US$2.5 billion in 1979 when the two countries forged diplomatic ties to US$633.5 billion in 2018, a 252-fold increase. In 2018, the US was China's largest trading partner and export market, and the sixth largest source of imports. According to the US Department of Commerce, in 2018 China was the largest trading partner of the US, its third largest export market, and its largest source of imports. China is the key export market for US airplanes, soybeans, automobiles, integrated circuits and cotton. During the ten years from 2009 to 2018, China was one of the fastest growing export markets for American goods, with an annual average increase of 6.3 percent and an aggregate growth of 73.2 percent, higher than the average growth of 56.9 percent represented by other regions in the world, the white paper said.

Trade in services between China and the US is flourishing and highly complementary. The two countries have conducted extensive, in-depth, and mutually-beneficial cooperation in tourism, culture, and intellectual property. China is the largest destination for US tourists in the Asia-Pacific and the US is the largest overseas destination for Chinese students. According to Chinese figures, two-way trade in services rose from US$27.4 billion in 2006, the earliest year with available statistics, to US$125.3 billion in 2018, a 3.6-fold increase. In 2018, China's services trade deficit with the US reached US$48.5 billion.

Over the past forty years, two-way investment between China and the US has grown from near zero to approximately US$160 billion, and this cooperation has proved fruitful. According to MOFCOM, by the end of 2018 accumulative Chinese business direct investment in the US exceeded US$73.17 billion. The rapid growth of Chinese business investment in the US has contributed to local economic growth, job creation, and tax revenues. According to MOFCOM, the paid-in investment by the US in China was US$85.19 billion by the end of 2018. In 2017, the total annual sales revenues of US-invested companies in China were US$700 billion, with profits exceeding US$50 billion.

Therefore, if trade in goods and services as well as two-way investment are taken into account, China-US trade and economic relations are mutually beneficial, rather than the US "being taken advantage of", the white paper said.