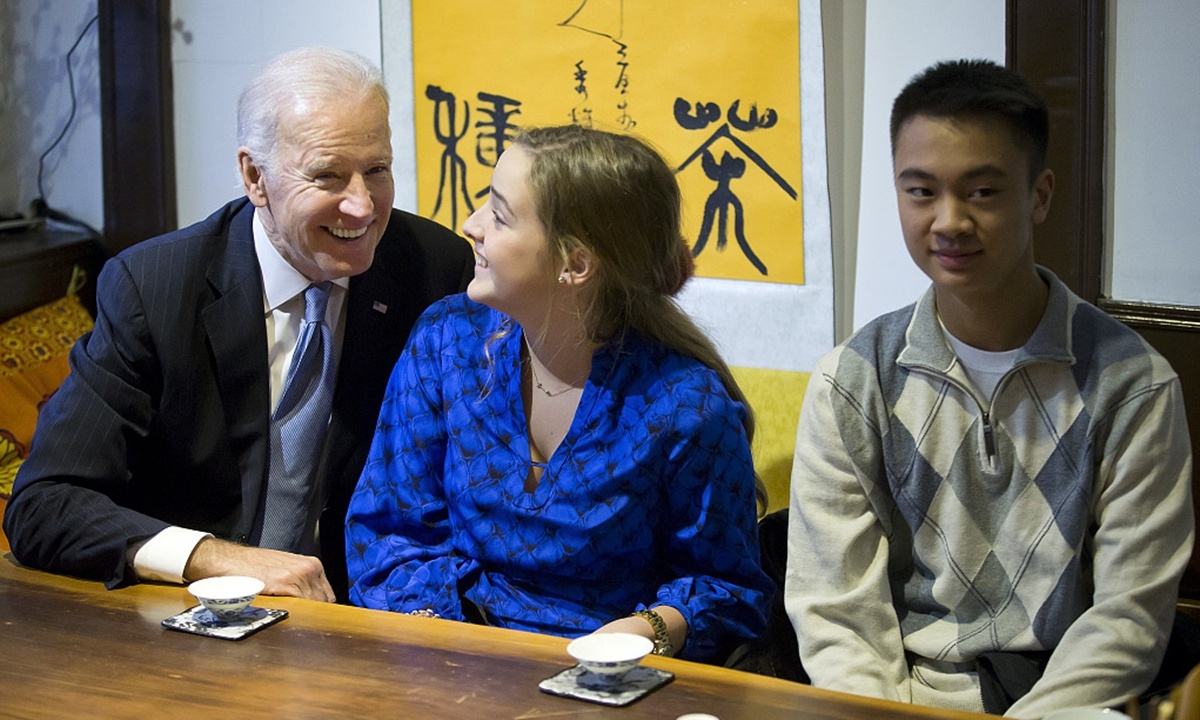 Biden tastes some Chinese tea with his granddaughter Finnegan at a teahouse in Beijing on December 5, 2013. (Photo: CFP)

As US President-elect Joe Biden prepares to move into the White House, the former US vice president, who has slammed current US President Donald Trump's tariff war, will likely continue trade negotiations with China to resolve what he calls damage to US businesses and consumers, Chinese trade experts said on Sunday.

However, given the rising hostility within US elite circles toward China on trade and other issues, Biden, who is set to take over the presidency at a time of profound crisis and class polarization in the US, will be pressured to "look tough" on China, and therefore will likely adopt somehow tough stance in potential trade talks, the experts noted, warning against any "illusion" about a sudden improvement in their tensions.

While many US mainstream media outlets had called the US presidential race for Biden as of Saturday, there remain a series of uncertainties surrounding the Biden administration, including the official election result itself, his potential trade team and policy structure, as well as his overall political and diplomatic policy toward China.

In particular, global markets and traders will watch closely what Biden's next plan is to deal with the China-US trade war, which was launched by Trump administration, experts say.

Chinese experts predict that Biden is likely to pursue new types of negotiations with China to address the remaining issues left to resolve the ongoing tariffs war. 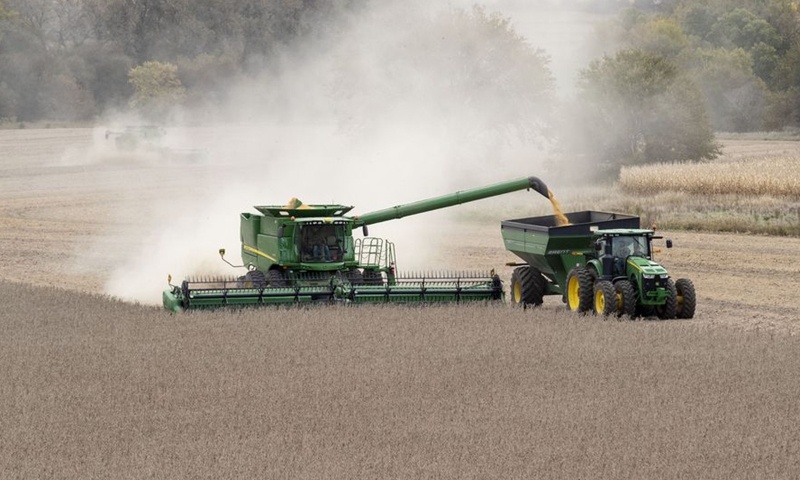 Though China and the US signed a phase one trade agreement earlier this year, the trade war launched by Trump is continuing, with both sides keeping tariffs on hundreds of billions of dollars worth of each other's products. US officials had pushed for talks for a phase two deal, but that was put on hold as the phase-one deal was being implemented and the US was involved in the tumult of the presidential election.

"When Biden takes office, the rules of the game [for trade negotiations] would likely change," Gao Lingyun, an expert at the Chinese Academy of Social Sciences in Beijing, told the Global Times on Sunday, adding that while Biden might choose to keep Trump's tariffs on about $250 billion worth of Chinese products, he could also be pressured to end the tariffs at the earliest possible time.

Gao noted that more than 3,000 US businesses have filed lawsuits against the Trump administration over the high tariffs, and Biden, who is against tariffs, "could push the boat along with the current" to lift the tariffs by settling all those lawsuits.

While Biden has not made his plan for resolving the trade dispute known, the long-time US politician has more than once slammed Trump's trade war. In his victory speech on Saturday, Biden did not mention China or trade, but during a speech focused on his foreign policy in July 2019, Biden said that the tariff war has only hurt US businesses and vast American consumers.

"President Trump may think he's being tough on China. All that he's delivered as a consequence of that is American farmers, manufacturers and consumers losing and paying more," Biden then said.

Given Biden's "clear opposition" to tariffs, "he is unlikely to inherit and carry on Trump's tariffs legacy on his shoulders," Li Yong, a trade expert in Beijing who closely follows the China-US trade talks, told the Global Times on Sunday. "[Biden] will likely pursue new forms of trade talks with China… that might offer an opportunity for some constructive engagement with China."

However, a different approach does not necessarily mean a resolution to the trade dispute, Li said. He noted that the rivalry between the world's two largest economies will most likely continue, but the competition ought to be kept on a healthy note, and cut-throat confrontation should be avoided by the politicians.

While Biden has criticized Trump's tariffs, he has called for "building a united front" with America's allies to build up leverage against China. In September, Tony Blinken, a leading trade adviser to Biden, said that Biden would not rule out new tariffs on imports, though he called Trump's tariff war "fake toughness," according to US news website POLITICO.

Biden's approach toward the trade talks would have a lot to do with "appearing tough on China" for the US domestic audience, which cast more uncertainty on the negotiations as well as the overall trade relationship between the world's two biggest economies in the coming four years, experts said.