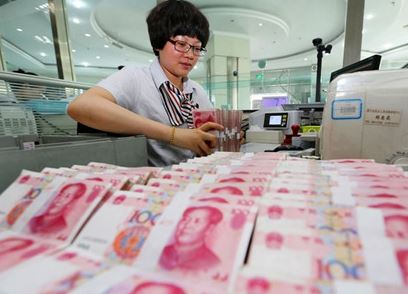 China won't use the yuan's exchange rate as an instrument, and it will refrain from a beggar-thy-neighbor policy and  strengthen efforts to advance reform of a market-based mechanism of the yuan exchange rate, said Yi Gang, governor of the People's Bank of China (PBC) on Sunday.

Yi published an article in Qiushi Journal on Sunday, titled "Stick to the Goal of Currency Stability and Implement a Prudent Monetary Policy", saying the yuan's exchange rate is determined by market supply and demand, and China should refrain from quantitative easing even if the monetary policies of major economies are heading toward zero interest rates.

Qiushi Journal, published by the Central Committee of the Communist Party of China, is one of the most influential and authoritative magazines devoted to governance and theoretical studies.

"In the next stage, the PBC will continue to promote the reform of the market-based mechanism of the yuan exchange rate, keep the exchange rate flexible, and implement necessary macro-prudential management when the market shows pro-cyclical signs," wrote Yi.

China has followed a managed floating exchange rate system based on market supply and demand since 1994. China improved its exchange rate mechanism in 2005, when the yuan exchange rate no longer floated only with the US dollar, but with a currency basket.

Ding Meng, senior strategy analyst of Bank of China's Macao Branch, told the Global Times that a market-driven mechanism will increase exchange rate volatility, so the central bank should reduce risk by guiding pricing -- for example, in the quarterly China Monetary Policy Report.

"It is expected that the counter-cyclical adjustment of policy will continue to intensify," Guo Xiaobei, a researcher with China Minsheng Bank, told the Global Times.

Yi also mentioned that monetary policy will serve the real economy and high-quality development of China's economic growth. China should respect the laws of the economy, and GDP is not the only indicator of economic growth, Yi wrote in the journal.

"China's economy is big and thus it's difficult to always maintain growth above 6 percent. Now the Chinese economy has moved toward high-quality development, so a slowdown in GDP growth is acceptable," Jing Linbo, dean of China Academy of Social Sciences Evaluation Studies, told the Global Times.