BUSINESS China will not give ground on issues of principle: white paper

China will not give ground on issues of principle: white paper

BEIJING, June 2 (Xinhua) -- During consultations, a country's sovereignty and dignity must be respected, and any agreement reached by the two sides must be based on equality and mutual benefit, according to a white paper titled China's Position on the China-US Economic and Trade Consultations issued by the State Council Information Office Sunday. 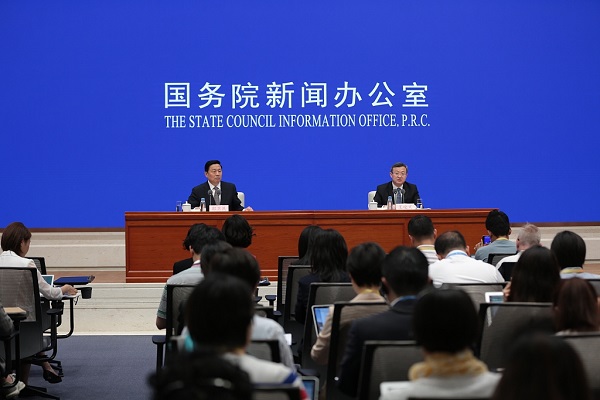 The white paper noted that every country has its own matters of principle and that on major issues of principle, China will not back down.

Both China and the United States should see and recognize their countries' differences in national development and in stage of development, and respect each other's development path and basic institutions, it said.

While no one expects to resolve all issues through one single agreement, it is necessary to ensure that any agreement will satisfy the needs of both sides and achieve a balance, the white paper noted.

The recent US move to increase tariffs on Chinese exports does not help to solve bilateral trade issues. China strongly opposes this and has to respond to safeguard its lawful rights and interests, it said.

China has been consistent and clear on its position, that it hopes to resolve issues through dialogue rather than tariff measures. China will act rationally in the interests of the Chinese people, the American people, and all other peoples around the world, it said.

"However, China will not bow under pressure and will rise to any challenge coming its way. China is open to negotiation, but will also fight to the end if needed," it said.