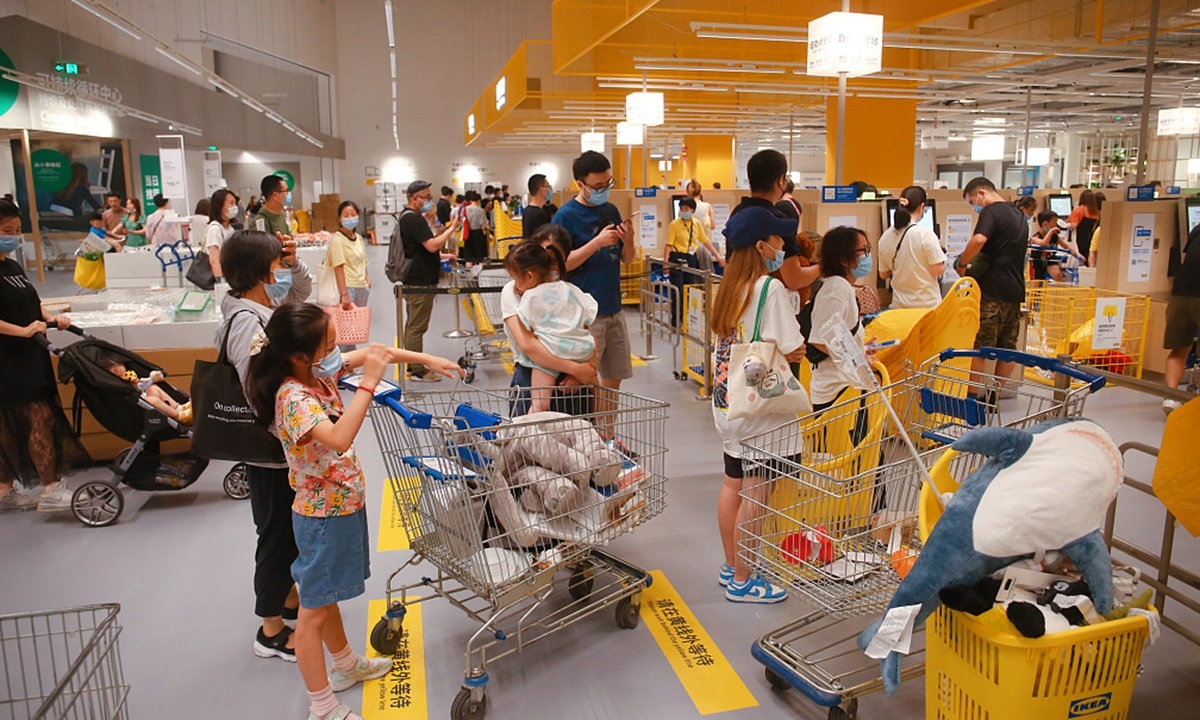 During the meeting, Li stressed that all regions should implement policies to strengthen cross-cycle adjustment in light of new economic conditions.

Since mid-July, extreme weather and severe floods have occurred in many parts of China. There has also been a resurgence of the COVID-19 pandemic in many provinces and regions, while commodity prices are high and volatile and the international economic situation is complex, according to Premier Li.

"We will stabilize employment. We should also reduce taxes and fees for enterprises and strengthen financial services for small and medium-sized enterprises. We will ensure stable market supply and prices," Li noted.

In July, China's manufacturing and services indexes expanded for the 17th consecutive month, according to statistics from the National Bureau of Statistics (NBS) on Monday.

"Due to the impact of heavy rainfall in some regions and the spread of COVID-19 in July, the year-on-year growth rate of total retail sales of consumer goods decreased compared with the previous month. Overall, sales have slowed due to short-term factors, but the recovery in consumption is expected to continue," Fu Linghui, spokesperson for the NBS, said on Monday.

Fu added that with the continuous expansion of the vaccination program and the effective implementation of prevention and control measures, the consumer market is expected to remain generally stable.

"It should also be noted that the expansion of employment and the increase in income will also help improve consumption power, and overall consumption will maintain a steady recovery," said Fu.

From January to July, 8.22 million new urban jobs were created, achieving 74.7 percent of the annual target.

The sharing economy and platform economy are growing rapidly. New forms and models of businesses are emerging, which are creating more jobs. Flexible jobs such as deliverymen, live broadcasters and drivers of ride-hailing platforms are on the rise, said Fu.