Regulations to come due to rising concerns over data safety

Major Chinese artificial intelligence (AI) companies on Thursday sought to ease rising concerns over privacy protection and data security issues as their technologies have been increasingly adopted in a wide range of areas, stressing that they do not own user data. 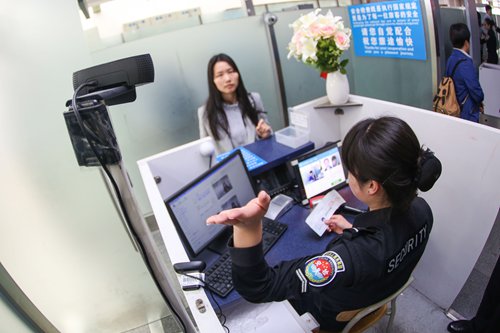 Industry representatives also expect that the Chinese government will enhance big data management and issue detailed rules to regulate the industry, which has been growing rapidly in the country.

AI-powered facial recognition technologies have been widely used in Chinese cities in recent years. In the field of security, the most valuable Chinese AI start-up, SenseTime Group, which has now established partnerships with more than 700 entities, has its vision and image recognition technologies applied in the security systems of airports and high-speed railway stations, the company told the Global Times.

Another AI firm, CloudWalk Technology, also teamed up with authorities such as the Ministry of Public Security (MPS) and the Civil Aviation Administration of China to push forward safety plans for cities like Skynet Project, in which cameras identify pedestrians and vehicles.

"From the beginning of 2014 to March 2018, CloudWalk has worked with 23 provinces in the country and helped public security authorities arrest about 2,600 suspects," Yao Zhiqiang, the company's corporate strategy director, told the Global Times.

The public security sector in the country has demonstrated a booming demand for facial recognition technologies. In 2018, the market is expected to reach 495 million yuan ($75 million), based on official tender documents in different cities, the China Security and Protection Industry Association estimated in October 2017.

Facing rising concerns that AI-powered video surveillance may expose user data and jeopardize privacy, industry companies said they are not data owners, and AI technology is essentially a tool that empowers industries and sectors.

"SenseTime will do its best to protect user privacy," the firm said, noting that it does not acquire data from its clients.

Privacy concerns do not only stem from AI technologies, and other sectors face similar issues, Xie noted. "People can be located by telecommunication systems while AI-powered technologies can only locate a small part among a large group of people, and they are not capable of surveilling everybody and also there is no need for that," he said.

When AI companies cooperate with other entities and authorities, they work as third-party technical support. "CloudWalk only collects a very small amount of data by itself. Most data for algorithms comes from authorities we work with," Yao said. The firm collects images only for internal testing, he said.

Chinese authorities that are mainly in charge of data collection are also expected to enhance data management-related privacy issues, said Xiang Yang, industry analyst from Beijing-based CCID Consulting. "However, there have not been any large-scale data leak incidents in China, which might make legislative demand for data protection less urgent," he said.

Still, it highly necessary to have more detailed industry rules and legislation to ensure data collection is legitimate, as increasing numbers of Chinese are more aware of their privacy rights, Xiang added.