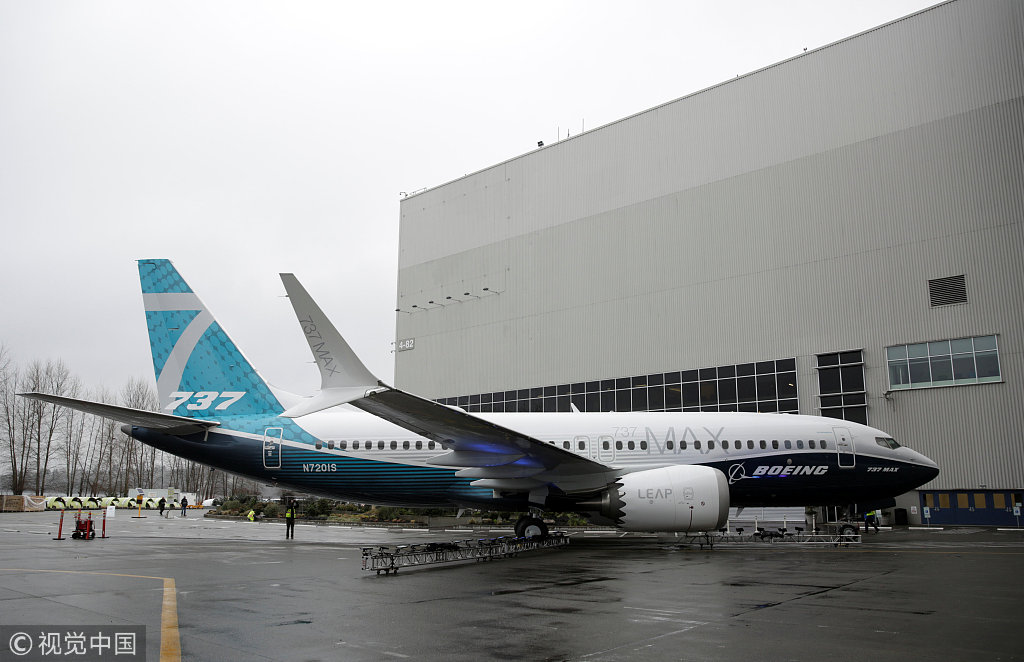 Che Shanglun, chairman of Xiamen Airlines, said his company is planning to extend its fleet to 568 airplanes by 2035 to make the it a global competitive world-class airline.

"The addition of the new Boeing 737 MAX is a major milestone for Xiamen Airlines as we execute our development roadmap," he said.

The 737 MAX is the fastest-selling airplane in Boeing history, and Boeing has accumulated more than 4,500 orders from nearly 100 customers worldwide.

The 737 MAX family is regarded as a more energy-efficient and comfortable aircraft, which reduces fuel use and carbon dioxide emissions by 20 percent more than the single-aisle airplanes it replaces, Boeing said.

With its headquarters in Xiamen in southeastern China, Xiamen Airlines, which was established in 1984, began operations with two leased 737s serving three cities in China.

It is an air carrier operating an all-Boeing fleet of 737s, 757s, and 787 Dreamliners, with 31 consecutive years of profitability.