Some 167 online stores racked up 100 million yuan ($14.37 million) in sales during the first half of China annual Double 11 shopping promotion, and last year’s records continued to be overturned. 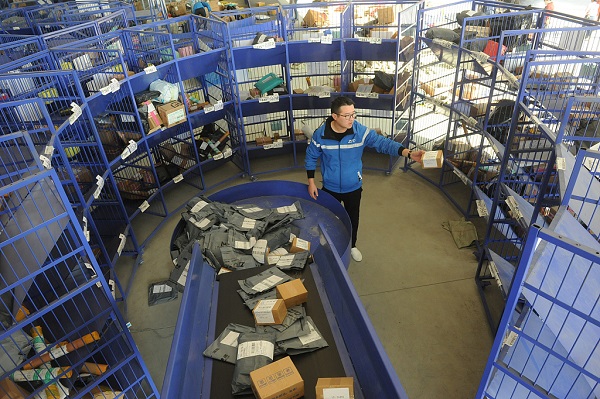 Only one minute after the opening of the one-day shopping festival, a kind of digital answer of the US Black Friday event, the turnover of brands including Nike, GXG, Apple and Xiaomi broke through 100-million-yuan record. By lunch hour on Singles’ Day, another name for the day, sales numbers for Apple and Nike exceeded 1 billion yuan ($143 million).

Brands covering sectors including clothing, beauty, jewelry, consumer technology and food and beverage all skyrocketed into the 100 million yuan club.

The creation of November 11 as a discount shopping day started in 2009, with 27 brands’ participation. Now 180,000 brands are taking part in the event.

Since 2012, brands have been making records of 100 million-yuan sales on one day in Tmall.

Each year the list gets longer, which also reflects the increasing buying power of Chinese consumers.

It took this year’s Singles’ Day only 8 hours to reach the sales number the platform generated in 2016, reaching 120.7 billion yuan.

By 4 pm, Tmall reported in the same level of sales as last year.

“China is not where e-commerce was invented. However, our times are witnessing its massive success (here),” said Shao Yu, chief economist at Shanghai-based Oriental Securities.

“Users are becoming more integrated into retail platforms, which have stepped up efforts in payment infrastructure improvement and logistics enhancement.”

Shao said the next step for the nation’s massive online marketplace is globalization.