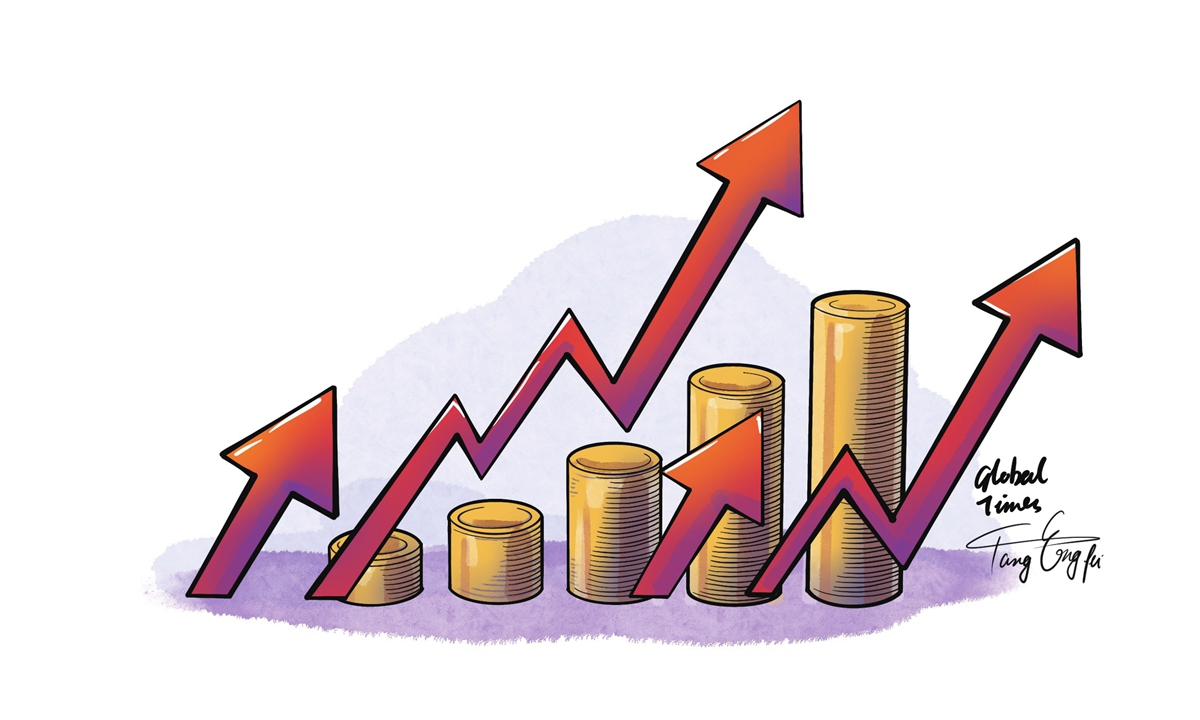 Chinese stocks bounced higher on Thursday, with some major indexes set for their biggest monthly gain in nearly two years. Faced with the spillover risks from surging inflation in some Western countries and their monetary policy shift, the role of Chinese assets as a safe haven among global investors have become increasingly clear.

All major indexes of Chinese stock markets close higher on Thursday, the last trading day of June, as government data showed factory activity grew in the month. The Shenzhen Component closed up 1.57 percent, and the Shanghai Composite advanced 1.10 percent.

Offshore investors using the Shanghai-Hong Kong and Shenzhen-Hong Kong stock connects bought a net 73 billion yuan ($11 billion) of Chinese mainland stocks in June, the highest in six months, according to data from financial news portal stcn.com. This could serve as a solid proof that foreign investors have turn bullish on China's financial markets and increasingly allocating Chinese assets in their portfolios.

As Beijing and Shanghai achieved victories in the fight against the omicron epidemic, various indicators of China's economy showed positive signs, which provided support for the price of Chinese stocks and other assets. Moreover, it must be noted that Chinese assets supported by the solid fundamentals and strong economic resilience are still undervalued, and it is still a good time for foreign investors to purchase Chinese assets.

Asian stocks slipped on Thursday, at a time when major global markets are at risk of significant volatility due to factors including the US Fed's policy shift. The Nikkei 225 in Japan dropped 1.54 percent to close at 26,393 points while South Korea's Kospi declined 1.91 percent to 2,332 points. MSCI's broadest index of Asia-Pacific shares was down 1.5 percent.

What is worse, the spillover risks from US' inflation and possible recession caused by the radical tightening monetary policies have caused devaluation of many Asian currencies and falling foreign exchange reserves of Asian economies. Against the backdrop, the recovery of market expectations, together with the rebound of exports, has helped China stabilize its currency, which will underline Chinese assets' role of safe haven amid an unstable international market.

However, while in the US, there is growing concern that the Fed's aggressive plan to curb inflation could lead to a recession, and any negative news now could easily spook investors and trigger a sell-off, Chinese assets and market remain attractive to global investors. The China Council for the Promotion of International Trade (CCPIT) said on Wednesday that foreign companies had full confidence in the prospect of the Chinese market. In the first five months of this year, China's actual use of foreign capital increased by 22.6 percent year-on-year.

China's continuous optimizing in the business environment and expanding opening-up have enhanced the confidence of foreign-funded enterprises in the Chinese market, and strengthened the determination of foreign-funded enterprises to expand investment in China. Foreign media hype and badmouthing against China's economy will not undermine China's economy performance and attractiveness of assets.