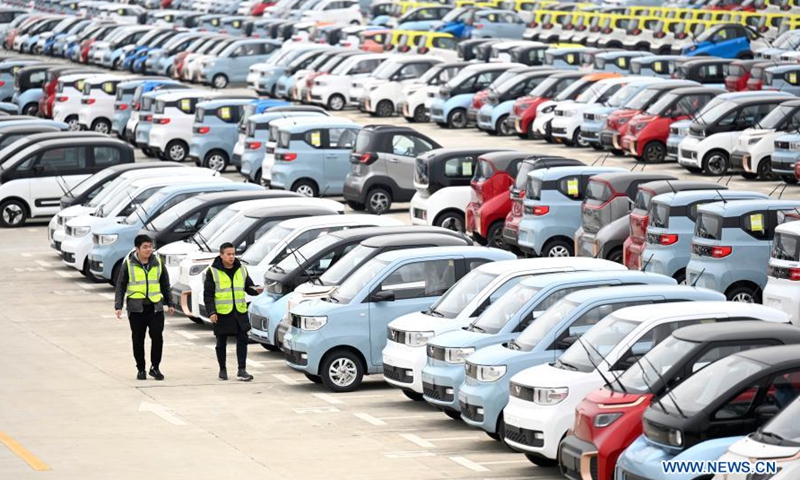 The State Taxation Administration and the Ministry of Finance announced more support measures for automobile purchases on Tuesday, with taxes on passenger cars with a displacement of two liters or less and a price tag under 300,000 yuan ($45,011) is being halved from June 1 to December 31, 2022.
China’s Ministry of Commerce (MOFCOM) also said on Tuesday that responsible authorities will implement a range of stimulus policies to promote vehicle purchases.
Sheng Qiuping, vice minister of MOFCOM said that the ministry will stabilize and promote consumer spending for new vehicles and also expand the circulation of second-hand cars.
The ministry will guide relevant enterprises to better utilize the current tax reduction policies, expand the sales scale for new vehicles. Meanwhile, the ministry will also encourage purchases of new-energy vehicles (NEVs) and promote the sales for NEVs in rural areas while actively supporting the construction for charging facilities.
Meanwhile, four authorities including the Ministry of Industry and Information Technology and MOFCOM jointly announced the scheduling of a number of activities, aiming to encourage more local responsible authorities across China to implement supporting measures to promote the sales of NEVs in rural areas.
The State Council, China’s cabinet, said on May 23 that it was lifting the restrictions on vehicle purchases and reducing a total of 60 billion yuan purchase tax on some passenger cars.
Cui Dongshu, secretary general of the China Passenger Car Association (CPCA), expected that the 60 billion yuan reduction on vehicle purchasing tax will increase sales by two million units.
According to Cui, the data from CPCA estimated that the annual sales for domestic vehicles will reach 19 million, a year-on-year decrease of 5 percent in the middle of May. However, the scale could be expanded to 21 million units by various implemented policies such as tax reduction for the following seven months.