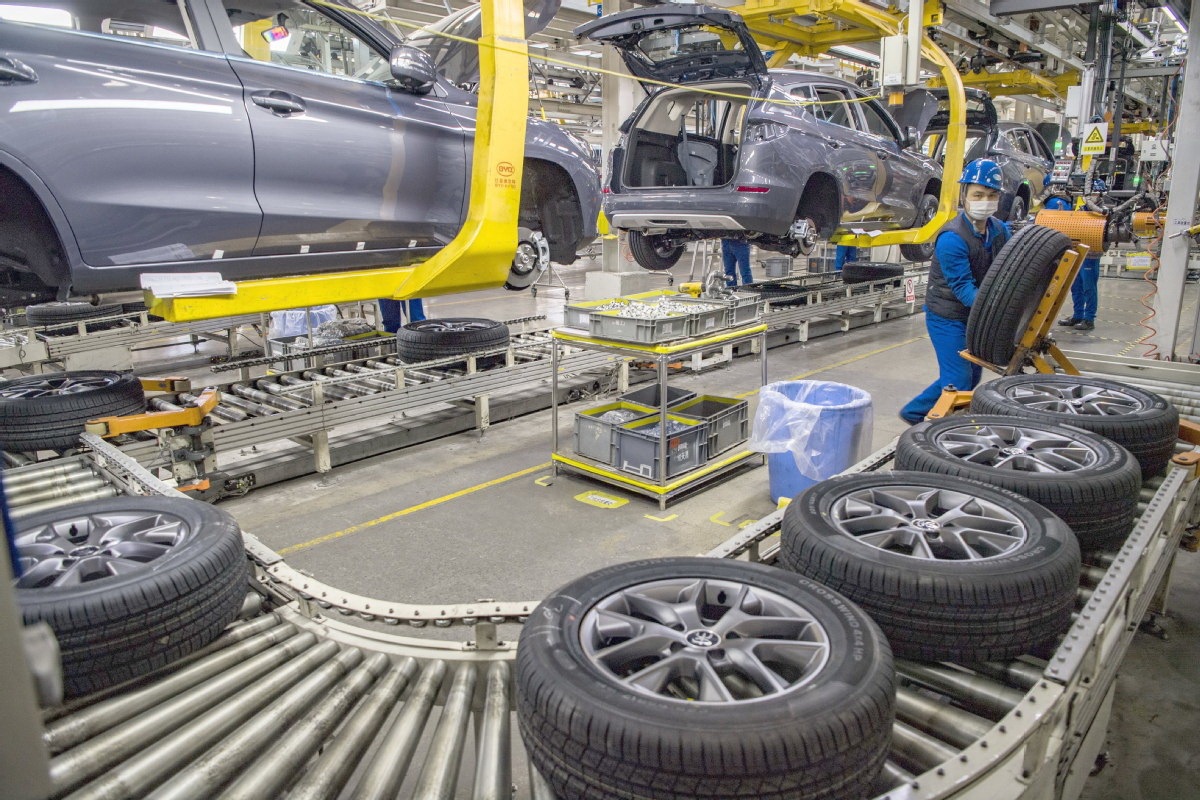 The huge growth was due to the sharp drop in sales during the same period last year and the country's recovering market demand this year, according to the China Association of Automobile Manufacturers.

The production, sales and export of NEVs continued to set new records and maintain a relatively large scale last month, the CAAM said.

China will further promote NEVs' high-quality development by advancing the integration of technologies such as electrification and intelligent networking, according to the Ministry of Industry and Information Technology.

In recent years, China has issued more than 60 supportive policies and measures for the development of the NEV industry and has achieved positive results and breakthroughs, said Xiao Yaqing, minister of the MIIT.

China in 2021 aims to expand its economy by over 6 percent and will stabilize and expand consumption, according to this year's government work report.

Amid efforts to fully tap domestic market potential and expand domestic demand, the country will encourage steady increases in spending on automobiles among other big-ticket items, the report said.

The Ministry of Commerce has also introduced fresh measures to boost auto sales, encouraging cities to optimize their restrictions on auto consumption and incentivize rural consumption of cars.

With the stable recovery of the Chinese economy and positive effects brought by policies, the automobile industry will maintain steady growth momentum in the future, the CAAM predicted.