Chinese automaker Great Wall Motors on Monday unveiled a plan to enter into the hydrogen energy sector, including the application of hydrogen fuel cells, making it one of the first automakers to develop such technology for private-use vehicles. 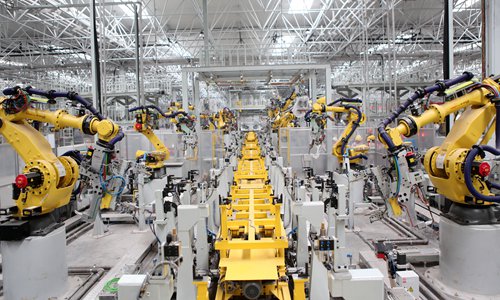 "By 2025, GWM aims to be among the top three in terms of market share for using hydrogen energy in the world," Zhang added.

Wei Jianjun, president of GWM, said on Sunday that China's environmental goal of striking carbon neutral by 2060 will have a deep influence on every industry, and for the auto sector, electric vehicles are the inevitable direction, so many use scenarios can be imagined for hydrogen fuel cells.

"In the hydrogen fuel cell sector, Japan's Toyota and South Korea's Hyundai are in the leading positions, so GWM's move marks a breakthrough for Chinese companies' application of fuel cells in China's private passenger vehicle sector," Zhang Xiang, a research fellow at the Research Center of Automobile Industry Innovation of the North China University of Technology, told the Global Times on Monday.

According to the China Association of Automobile Manufacturers, at the end of 2020, there were 32,535 hydrogen fuel cell-powered vehicles globally. South Korea topped the list with 10,906. The US and China were listed second and third.

Despite the small size of the market for hydrogen fuel cell-powered vehicles, the Chinese government has voiced support for this sector's growth. According to China's New Energy Vehicle Industry Development Plan (2021-2035), the government will support the commercialization of fuel cell vehicles in areas with favorable conditions.

"Hydrogen energy is a very clean energy, which plays a vital role under China's goal of carbon neutrality. So, by 2050, China is likely to enter the hydrogen energy era," Zhang said.