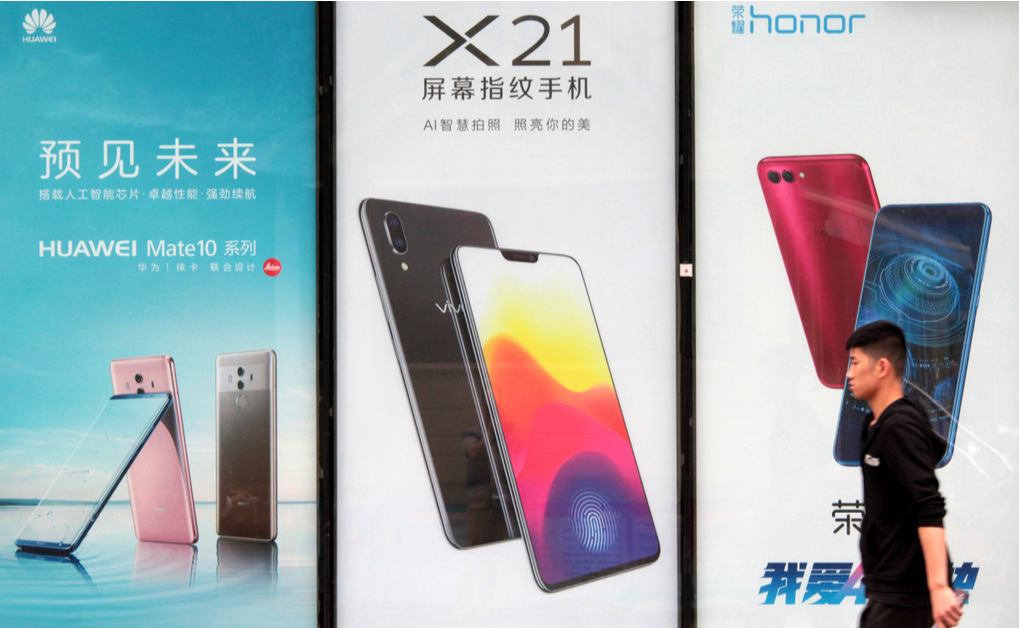 A man walks past advertisements for smartphone brands in Jiangsu province on June 2, 2018. (Photo: China Daily)

The data also showed that Honor, a smartphone brand owned by Huawei, overtook Apple's shipments to claim fourth spot with a 13 percent increase.

Oppo registered a total shipment of 76.37 million units, beating all other brands, although this was a 6 percent year-on-year drop for the company. Oppo was followed by Vivo, Huawei, Honor and Apple in terms of aggregate sales.

It further said that 4G mobile phones accounted for 94.5 percent of the shipments, with total sales of 391 million units, a 15.3 percent drop.

Bucking the trend were Huawei, Honor, Vivo and Xiaomi, which all saw shipment growth in 2018, while the figures for Apple, Meizu and Samsung all dropped – 5 percent, 46 percent and 32 percent, respectively, Sino Market Research reported.

The top-five mobile phone brands by sales value were Apple, Huawei, Oppo, Vivo and Honor, a separate list from the researching firm showed.