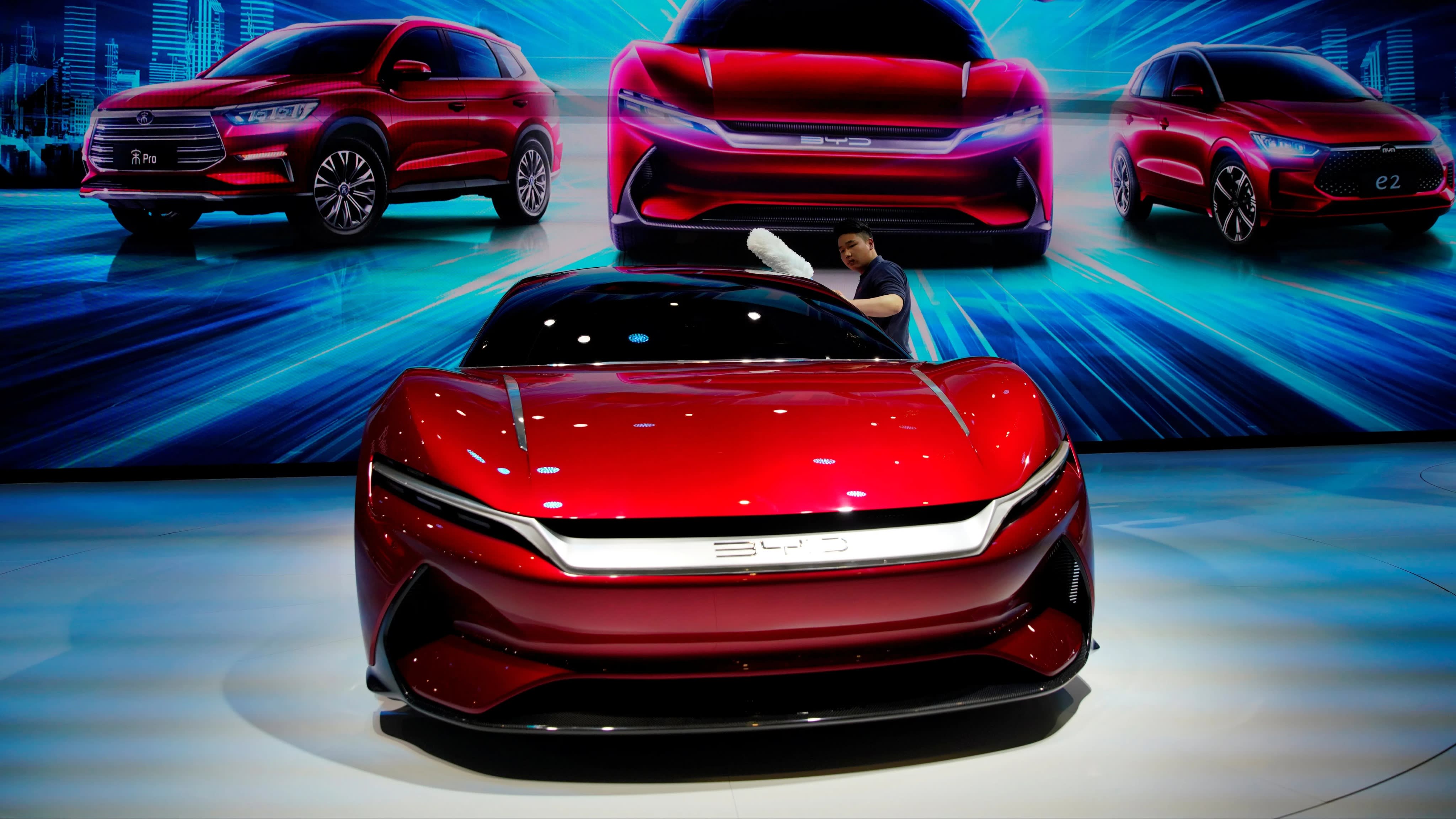 BERLIN, Aug. 9 (Xinhua) -- Chinese original equipment manufacturers (OEM) were becoming relevant competitors for top German players in the premium automobile segment, according to a latest study by the Center of Automotive Management.

For the first time, an OEM from China was among the top 5 most innovative premium brands, the study found.

The development among premium manufacturers from China was "striking", said the study, which assessed the innovative strength of 32 premium automobile brands on the basis of 637 vehicle innovations from last year.

The Chinese brand Nio rose from 7th place to 5th place in this year's ranking and together with Byton, which reached 12th place, were "the spearhead of the new Chinese premium brands," the study noted.

Nio was recognized for 25 series innovations in its ES8 model, including a battery change concept and voice recognition while Byton was noted for 24 pre-series or study innovations.

"We are proud to be recognized by well-known German automotive institute as a start-up company," Zhang Hui, vice president of Nio Europe, told Xinhua on Friday.

Zhang noted that Nio has been focusing on R&D since the very beginning and it has invested more than 8 billion yuan (about 1.1 billions U.S. dollars) into R&D between 2016 and 2018 alone.

"Nio will continue to orient itself as a scientific company and to be driven by innovation and research," Zhang said.

In addition, Zhang said, Nio will also continue to deepen its global layout and better serve the Chinese market and its next step, the global market.

Although the German premium car manufacturers Mercedes, Audi and BMW led the ranking of the most innovative premium manufacturers in 2019, the study noted that the German lead did not apply to the key innovation field of battery electric vehicles (BEV).

In the case of purely electric drives, German premium manufacturers were "followers" in a global comparison, the center said.

Premium competition, which was increasingly coming from new players in China in addition to Tesla, was focusing its innovation activities primarily on electrical and connectivity innovations, the study showed.

It was "clear that competitors such as Tesla and Nio are becoming increasingly stronger," Bratzel emphasized.