Chinese-built Namibia container terminal to mark one year in operation 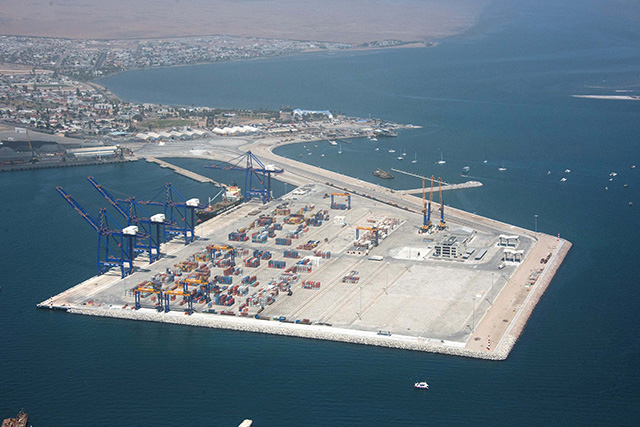 Namport acting chief executive, Raymond Visagie said on Wednesday in a statement that tremendous progress over the past 11 months has been achieved, transforming a small container terminal into a massive facility capable of handling container ships with more than 12 meters of draft.

"I can proudly say that we are now at the forefront of applying leading technologies in container terminal operations within the SADC region," he added.

Visagie said their mission remains to provide world-class port services to all seaborne trade and promote the transformation of Namibia into a global logistics hub.

"Therefore, we have continued to invest in expanding and upgrading container handling capacity and capabilities to meet the operational needs," he added.

According to Visagie, the terminal has recorded a throughput of 115,146 Twenty-Foot Equivalent Units (TEU) in just eight months of operations.

According to Visagie, to date, a total number of 281 staff members have been deployed to the container terminal and more are yet to assigned to this facility within the immediate future, he said, adding that 33 STS crane operators have undergone intense training on how to effectively and efficiently operate the cranes.

The container terminal was constructed on 40 hectares of land reclaimed from the sea by the China Harbor Engineering Company Ltd (CHEC) under just five years.