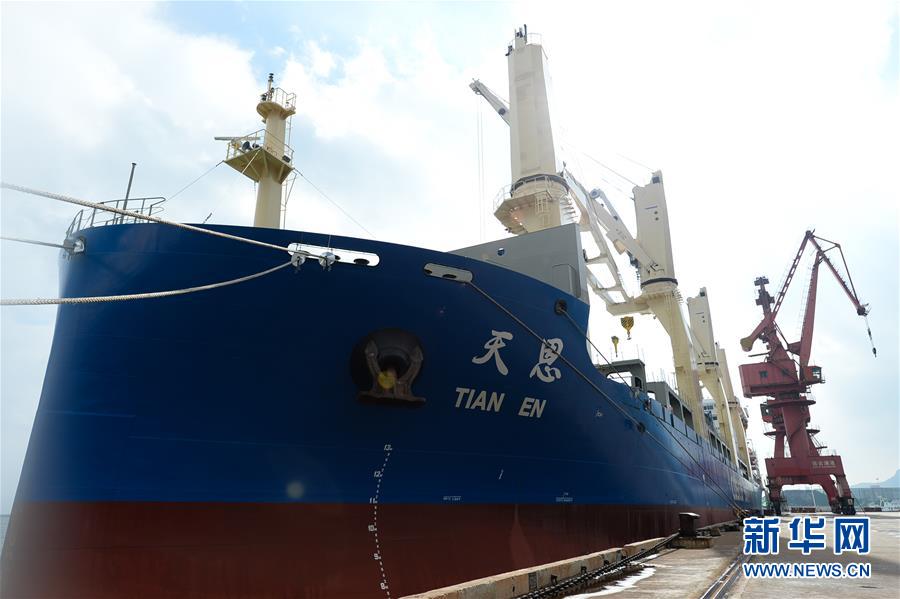 The Tian'en cargo ship berths at the port of Lianyungang in east China's Jiangsu Province on August 4. (Photo: Xinhua)

As China's first cargo ship specially designed for sailing in the polar climate, Tian'en will brave the Northeast Passage to the Arctic for the first time. The route, also called the "Polar Silk Road," links Asia to Europe through the Western Pacific Ocean, the Bering Strait and the Arctic Ocean.

The vessel fully loaded with wind power equipment to be imported to European countries will travel over 18,500 kilometers to its destination during its more than one month voyage. 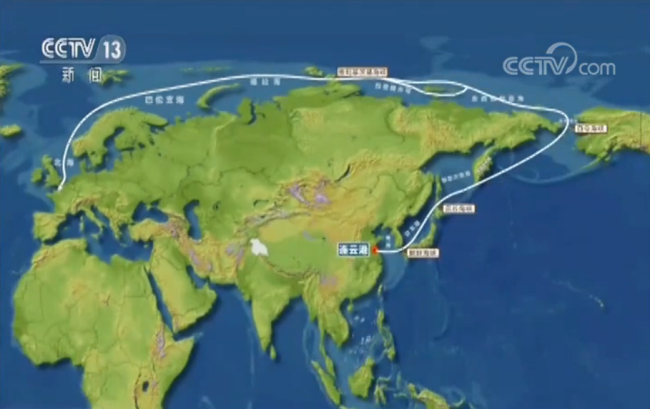 A map shows the sailing route of Tain'en beginning in China through the Arctic to Europe. (Screenshot: CCTV.com)

"Travelling through the Arctic route can help shorten the travel time by 12 days and save 300 tons of fuel oil," said Liang Jie, general manager of ship management department of COSCO Shipping Specialized, the manufacturer of Tian'en.