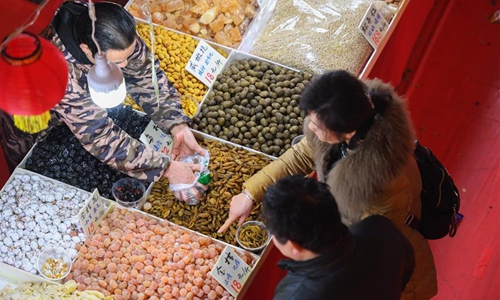 Chinese cities are rolling out voucher programs in an attempt to boost domestic consumption battered by a sudden outbreak of COVID19 in January. The plans have been warmly welcomed by Chinese citizens, and Chinese experts are eyeing a targeted national stimulus of 100 billion yuan ($14.3 billion).

In Nanjing, part of the vouchers will be handed out to targeted groups while the rest will be doled out through an online lottery open to all city residents. The detailed set of rules pertaining to these schemes will be announced at a later time.

Earlier this week, Zhang Jinghua, the city’s Communist Party chief, also relished a dine-in experience at the city’s Qinhuai tourist area during an inspection, tasting the duck-blood soup and vermicelli, a local snack. Dine-in services came to a freeze as the COVID19 hit, only to see slow resumption this week.

The scheme was well received on Sina Weibo, China’s twitter-like micro-blogging site, although some netizens were cynical, complaining the scheme won’t be comprehensive enough to cover everyone in the country.

Ningbo city, in East China’s Zhejiang Province, said it will issue 100 million yuan vouchers in a bid to bolster the consumption of the city’s cultural and tourism industries. The policies will afford citizens a discount while spending in cinemas, hotels, bookstores, and gyms.

Ningbo’s program is part of a larger, one-billion-yuan voucher program in Zhejiang Province, which was announced days ago.

Shi Zhengwen, director of the Center for Research in Fiscal and Tax Law at the Chinese University of Political Science and Law, told the Global Times on Saturday such agile measures by local governments are both necessary and positive as they complement previously announced support measures like cuts in taxes, fees, and rents.

“On a national scale, a one-time stimulus of 1,000 yuan per household is recommended and the national total will amount to about 100 billion yuan, which will substantiate the economy,” Shi said, noting that central coffers are also under pressure this year from battling against the pandemic.

The moves came after more than 20 Chinese departments, including the National Development and Reform Commissionand the Ministry of Commerce, on Friday jointly launched measures to stimulate domestic consumption, which contributed 58 percent to China’s GDP in 2019.

As hundreds of millions of Chinese stay indoor during the height of the epidemic, businesses related to life services are among the worst-hit industries as they cannot generate operating income without people “going out.”

In the catering and accommodation industry alone, the loss is expected to reach 210 billion yuan for the first quarter, according to an industry report.

The moves are set to  accelerate the recovery of consumption, which appeared dwarfed compared with manufacturing, which enjoyed a far better work resumption rate as the epidemic outbreak recedes in China.

Experts welcomed the plan for its potential to shore up the services industries battered by the COVID19 epidemic but cautioned not all of China’s cities are deep-pocketed enough to afford such schemes.

Local governments are also looking at aiding other industries.

The local authority in Luzhou, a city in Southwest China’s Sichuan Province, is handing out subsidies as high as 50,000 yuan to homebuyers, domestic news portal thepaper.cn reported.