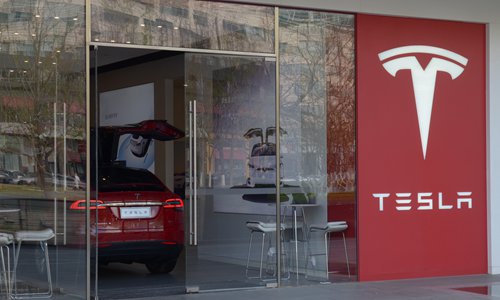 China's auto sales are likely to post negative growth in the first half of the year despite measures local officials have rolled out to boost auto consumption, as the global coronavirus pandemic will slow China's economic recovery, which in turn could dent consumers' willingness to spend, industry insiders said.

They called for more drastic steps to drive people to make purchases, such as cities removing restrictions on car purchases and the banks providing interest-free loans for prospective rural car owners.

The comments came after at least seven Chinese cities began rolling out new stimulating measures, including offering subsidies and expanding yearly car-buying quotas, to ramp up consumption in the auto sector that has been battered by the coronavirus outbreak.

In Guangzhou, capital of South China's Guangdong Province, individuals who purchased new energy vehicles (NEV) could receive a subsidy of up to 10,000 yuan ($1,408).

Regulators in Hangzhou, capital of East China's Zhejiang Province, announced on Wednesday that they will expand their 2020 car-buying quota for passenger cars by 20,000 to revive auto consumption.

Other cities that have introduced similar stimulating policies include Changsha, capital of Central China's Hunan Province, as well as Zhuhai and Fuoshan in southern Guangdong Province.

Some observers say such policies are "far from enough" to restart the auto industry's engines.

"As uncertainties hanging over the Chinese economy prop up amid the global pandemic, an auto sales rebound will take longer than expected. It is time for the government to scale up support to release more consumption potential," Tian Yun, vice director of the Beijing Economic Operation Association, told the Global Times on Wednesday.

According to Tian, Chinese regulators could unwind purchase limits on gasoline vehicles in the first and second-tier cities, where auto demand is inelastic. Plunging oil prices have also provided an incentive for purchases.

Another option is to exempt rural consumers from taxes and offer them interest-free loans, analysts suggested. Big cities are taking a harder hit than rural areas, so there is a lot of potential to be explored there, Tian noted.

On Tuesday, Beijing authorities reportedly discussed a plan to raise NEV purchase quotas by at least 100,000. It is estimated the move would translate to a sales volume of around 20 billion yuan. The Beijing government currently releases 50,000 NEV sales quota each year.

But the Beijing Municipal Commerce Bureau on Wednesday said such information has not been approved yet and it apologized to the public for any misunderstanding caused.