BUSINESS Chinese cities with a population of 500,000 to have high-speed rail in 15 years

Chinese cities with a population of 500,000 to have high-speed rail in 15 years 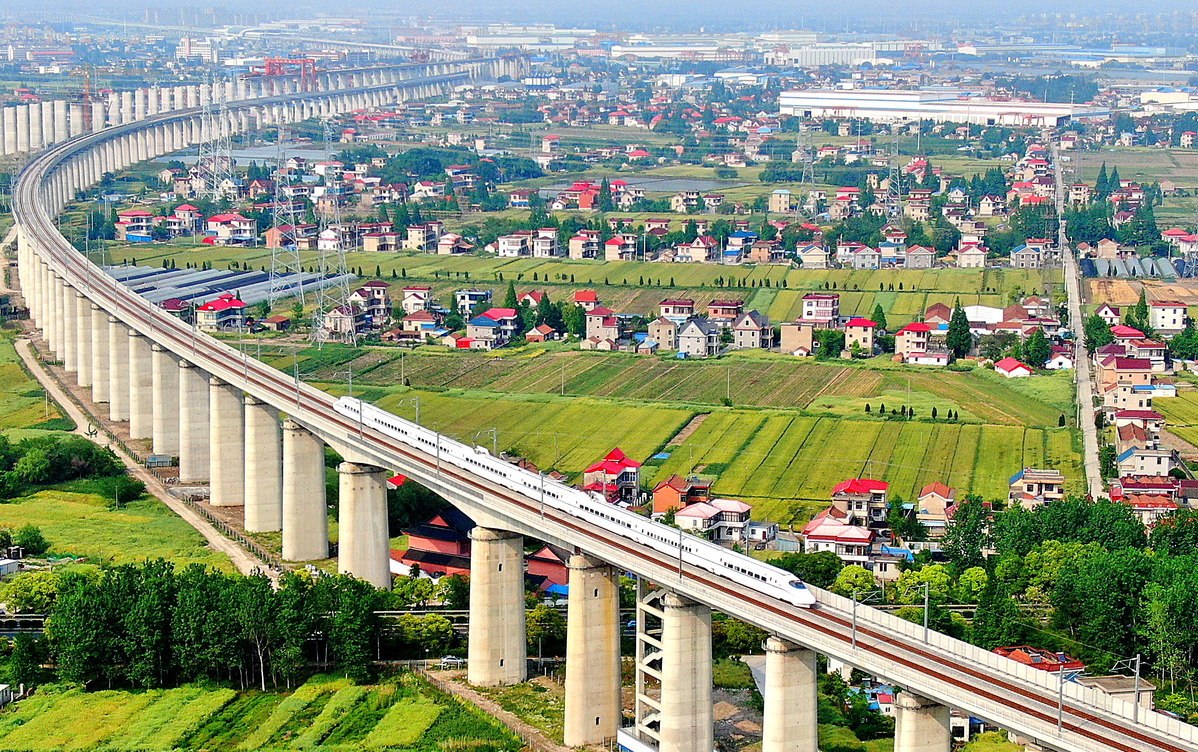 A trial train hits 220 kilometers per hour on a section of the Shanghai-Suzhou-Nantong Railway during a top-speed test run on May 4, 2020. (Photo: China Daily)

High-speed rail network will cover all Chinese cities with a population of over 500,000 within 15 years, The Paper reported on Thursday.

China plans to build a modern railway network with international competitiveness and influence, which will be equipped with innovative high-technology and provide stable and safe services by 2035, according to a newly released blueprint on railway development by China State Railway Group, or China Railway.

China aims to build a national network of about 200,000 kilometers, including about 70,000 kilometers of high-speed rail, and the railways will cover cities with a population of above 200,000 in the next 15 years.

China railway's international competiveness and influence are expected to be enhanced with China-Europe freight train becoming world-renowned railway logistics brand, with China becoming a hub for global railway technology innovation by then.

Meanwhile, China's railways going abroad will move to middle and upper end of the industrial and value chains by 2035.

In order to achieve the goals, a series of measures have been taken including to reform and innovate a scientific and efficient modern governance system and strengthen the ability to support and guide scientific and technological innovation.

To enhance operational efficiency and reduce energy consumption, a next-generation intelligent train control system will also be built and it will be equipped with an integration of 5G technology and the Beidou Navigation Satellite System, China Railway said.

As of the end of July 2020, China's railway network reached a total length of 141,400 kilometers, including 36,000 kilometers of high-speed railways, and it has taken a leading role in the world, according to data released by China Railway on Aug 8.