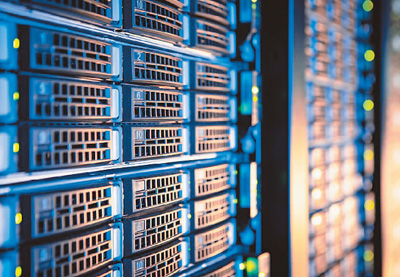 The data center of AliCloud (Photo via AliCloud)

WeChat Work, a Tencent telecommuting app, stated that the number of its monthly active users has exceeded 60 million. At the same time, DingTalk, a similar platform of e-commerce giant Alibaba, said it has served more than 10 million companies and over 200 million people over the past four years.

“Our platform witnessed an increase of several millions of corporate users on Feb. 3,” said He Jing, senior product director of WeChat Work, adding that the number of corporate users tripled from the same period last year. He furthermore stated that hundreds of thousands of meetings were conducted on the platform. 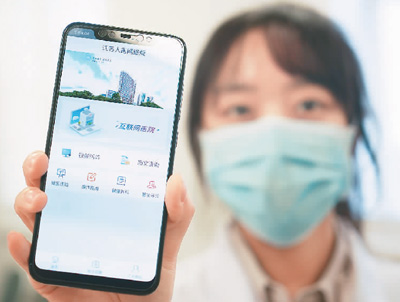 A staff member of the Jiangsu Provincial People's Hospital shows the online platform of the hospital. (Photo/Xinhua)

Such service providers were pushing hard to respond to the explosive growth in usage amid the epidemic.

WeChat Work scrambled to expand server capabilities as millions of users flooded in to utilize its teleconference functions. From Jan. 29 to Feb. 6, it added over 100,000 cloud hosts. The surge in data traffic also prompted Alibaba to beef up by adding more than 100,000 additional cloud servers.

Some paid services have also been provided free of charge to companies during the epidemic to help them reduce costs. Tencent Meeting has allowed its free users across the country to hold online meetings with 300 participants, which was intended for paid users previously. These special period free services will continue until the end of the epidemic.