Chinese companies in Brunei have continued with production amid the COVID-19 pandemic while ensuring safety measures are adhered to, helping to stabilize and stimulate the country’s economy. 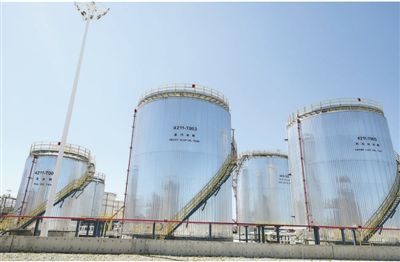 To ensure the safety of employees, the company is encouraging its Bruneian staff to live on the island in order to reduce the potential risks that come with commuting, and is taking the temperatures of anyone who gets on or off the island.

The oil refinery’s stable production has helped extend the petrochemical industry chain in Brunei, boosting employment and driving related industries, meeting the country’s needs for diversified development, said Xu Ye, vice general manager with the company’s branch in Brunei. He added that the project enabled Brunei to produce chemical products on a large scale for the first time, reducing the country's economic dependence on oil and gas exports.

The project is expected to increase Brunei’s GDP by $1.3 billion and create more than 1,600 jobs one year after it is put into operation, said Mat Suny bin Mohd Hussein, Brunei’s minister of energy, manpower and industry.

Zhejiang Hengyi Petrochemical Co. Ltd. is not an isolated example. China’s Guangxi Hiseaton Food Co. Ltd. has been operating as normal from its base in Brunei, cultivating and raising fry and exporting fish products, playing an important part in developing Brunei’s fish farming industry.

By December 2019, the company’s base in Brunei had processed more than 500 tons of fish products, which not only meets demand in Brunei, but also allows for exports to Canada, America and other countries and regions.