BUSINESS Chinese companies raise more money than ever in 2020: Bloomberg

Chinese companies raise more money than ever in 2020: Bloomberg

Chinese companies raised more money in initial public offerings (IPO) both at home and overseas than ever this year, thanks to the country's early emergence from the pandemic. 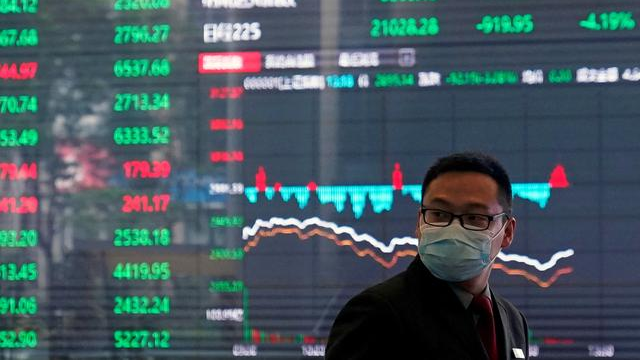 A man wearing a protective mask is seen inside the Shanghai Stock Exchange building at the Pudong financial district in Shanghai, China February 28, 2020. /Reuters via CGTN

Chinese mainland firms listed in the U.S., Hong Kong Special Administrative Region and on the Chinese mainland exchanges made up as much as 37 percent of the value of global offerings this year, according to data compiled by Bloomberg, which marks the second largest economy's highest share of the worldwide IPO pool since 2009.

Per Bloomberg, firms like the healthcare affiliate of e-commerce giant JD.com Inc. and gaming platform NetEase Inc. listed in Hong Kong and helped IPOs and secondary listings from Chinese companies to a record $129 billion in 2020.

Secondary listing, which refers to listing on stock exchanges other than the primary one on which the security is already listed, has become a trend for Chinese enterprises in the past few years, despite the suspension of fintech giant Ant Group's dual Hong Kong-Shanghai float in November.

After Hong Kong carried out several reforms and modified the listing rules in recent years, New York-traded Alibaba Group Holding Ltd. made its trading debut in the city in 2019.

More Chinese enterprises have embraced the so-called "homecoming" listing in the Asian financial center this year, with the biggest one being Alibaba's rival JD.com's $3.9 billion IPO in June.

In addition to Hong Kong, the Chinese mainland is also accelerating stock market reform as the performance in Nasdaq-style Shanghai Stock Exchange Science and Technology Innovation Board yielded good results. The allowance of wider daily swings in listed shares may stimulate more demand for new stocks.