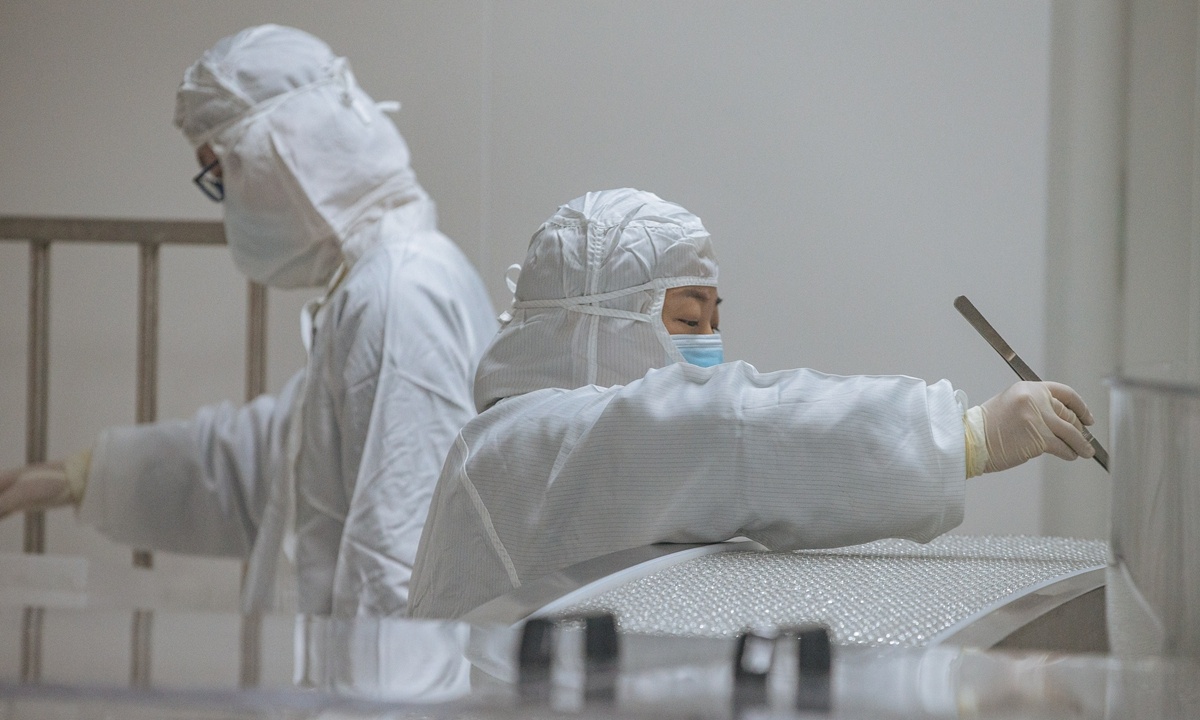 Staff inspect the sterile needles and syringe bottles for the COVID-19 vaccine.(Photo: Agencies)

Chinese suppliers have seen rising orders for syringes and needles for the coronavirus vaccine due to a shortage in the Japanese market.

This Japanese government has said it aims to vaccinate all its citizens - 126 million people - before the start of the Tokyo Olympics at the end of July.

However, Japan is scrambling to secure syringes for the COVID-19 vaccine shots and manufacturers are struggling to ramp up production, raising fears that millions of doses could go to waste, Reuters reported on Tuesday.

Japan signed a contract with Pfizer in January to procure 144 million doses of its vaccine, enough for 72 million people, the report said.

The urgent demand has pushed Japanese traders to turn to Chinese suppliers for quick solutions.

A source with Jiangxi Sanxin Medtec Co, a large syringe producer, told the Global Times on Thursday that they have received order inquiries about their injection products from Japanese clients who are mostly asking about syringes for vaccination.

The company has been expanding its production with extra working hours even during the Spring Festival, the source said.

"We have received several inquiries with unprecedented scale - some are over a million syringes - for the Japanese market since February," said the manager of the company surnamed Chen.

The company is currently producing syringes for the US and some European countries with orders piled up till July. But with the upcoming production expansion, the deliveries could be greatly accelerated, said Chen.

However, experts said the situation should ease soon and that many leading suppliers will speed up their production expansion.