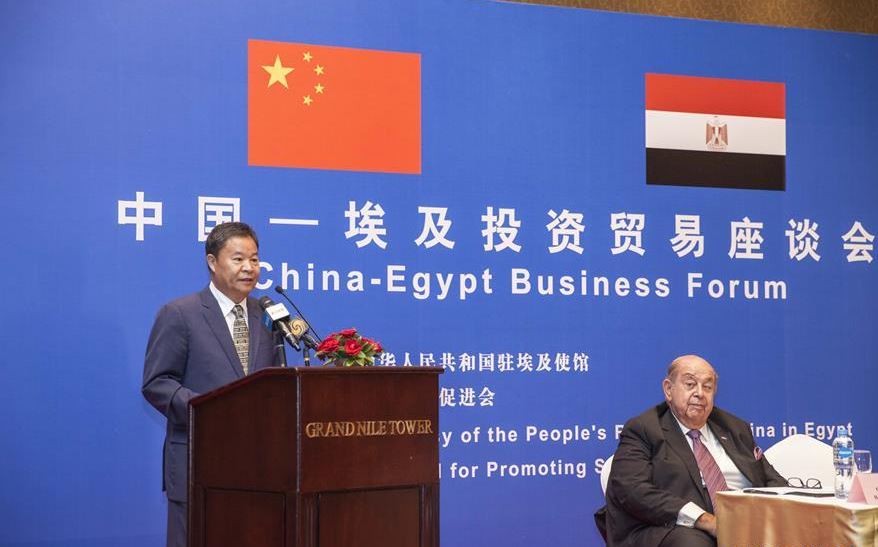 Speaking at the Chinese-Egyptian Business Forum in Cairo, Lyu, who heads a Chinese business delegation, underlined the important role played by Chinese small and medium-sized enterprises in Chinese investments.

He said these companies provide high-quality products at low prices, adding they can meet the needs of the Egyptian market and export products to other markets.

Egypt is the third leg in the Chinese delegation's tour which has also taken them to Morocco and Saudi Arabia.

Lyu also highlighted the great achievements made by the two nations especially in the agriculture and industry fields.

Meanwhile, Chinese Ambassador to Egypt Liao Liqiang said the current visit to Egypt by the CPSSC delegation aims to enhance cooperation between the two countries, noting the Egyptian-Chinese Business Forum has provided an excellent opportunity to reach this aim.

The world today witnesses unprecedented changes, as Egypt, China and other African countries have entered a new development stage where they all participate in the Belt and Road Initiative (BRI), Liao said.

Egypt was one of the first countries to announce its participation in the initiative which is closely connected with Egypt Vision 2030, an Egyptian development plan, he added.

According to the Chinese ambassador, China's investments in Egypt have reached nearly 7 billion U.S. dollars, 90 percent of which were pumped over the past five years, providing around 40,000 job opportunities.

For his part, Chairman of the Egyptian Businessmen Association (EBA) Ali Issa said the EBA established a committee in 2007 to promote and boost relations with China.

He noted that the EBA signed cooperation protocols with 20 Chinese economic entities, including China Council for the Promotion of International Trade and the China Federation of Industrial Economics.

"The EBA has adopted the Belt and Road Initiative as a basis to build a strong Egyptian-Chinese trade and economic partnership," Issa said during his speech at the forum.

Egypt is looking forward to more Chinese direct investments especially in the light of the improving Egyptian economy, he added.