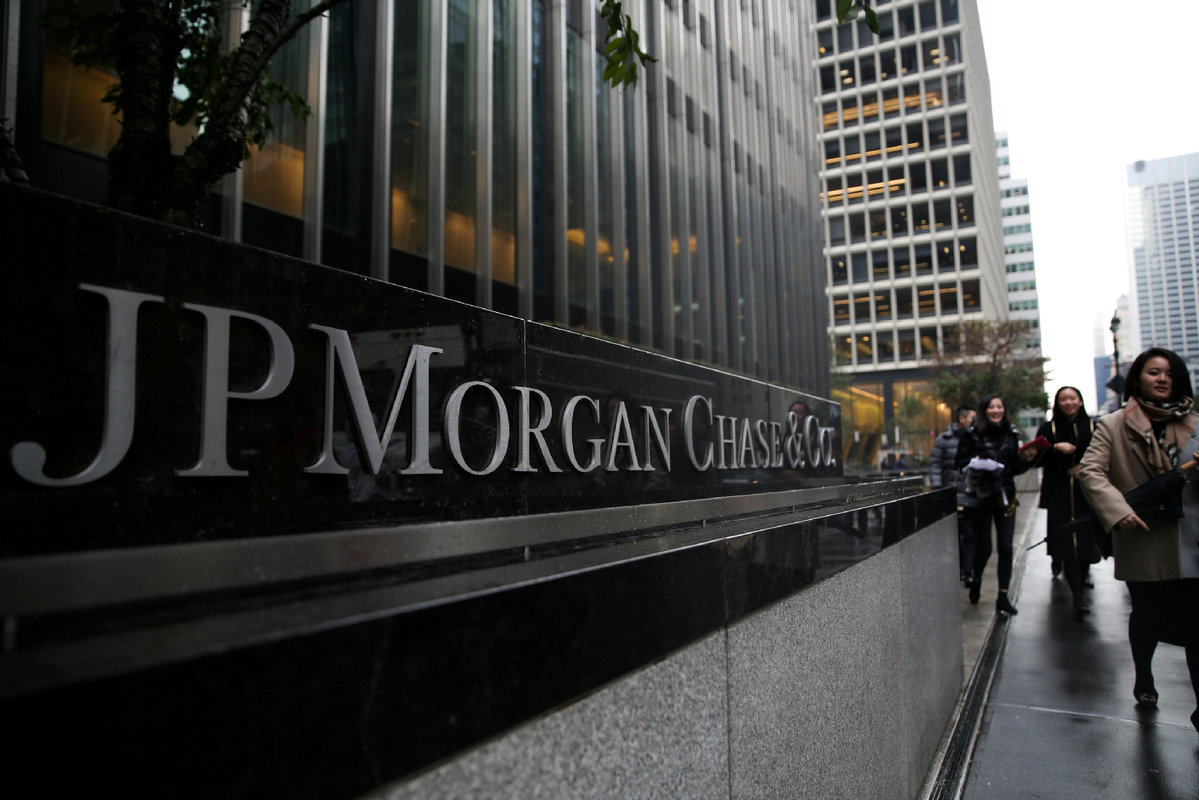 A sign of JPMorgan Chase Bank is seen in front of the headquarters tower in Manhattan, New York, Nov 13, 2017. [Photo/Agencies]

Chinese companies are now attaching more importance to localized management and organic growth in the domestic market, which will naturally translate into a global status, rather than focusing on growing international market share via mergers and acquisitions, said experts from JPMorgan.

Sjoerd Leenart, global head of corporate banking at JPMorgan, said that there has been a discernible shift among Chinese companies in buying targets overseas to digesting and optimizing the acquisitions.

"The way in which the companies are going abroad, has shifted from acquisitions to rolling out their business models abroad. It is sometimes better to roll out your own business abroad than buying a third party company," said Leenart.

According to PwC, the total value of Chinese companies' mergers and acquisitions in the overseas market stood at $26.8 billion during the first six months of this year, down 48 percent year-on-year.

Oliver Brinkmann, head of corporate banking at JPMorgan Asia-Pacific, added that the cooling down in outbound moves can be partly attributed to the market share that they have gained in the overseas market.

"A lot of Chinese companies from various sectors have gone overseas and gained certain market share. There is no need now to buy a third or fourth company in specific sectors. Once you have established a foothold, it will be more about adoption," he said.

On the other hand, the Chinese economy has grown massively, which has therefore given birth to an increasing number of global players, said Brinkmann. Supported by adequate funding, large market scale and the adoption of technology, the Chinese artificial intelligence industry is one area to churn out global market players, he said.

Besides, given that the Chinese labor force is aging, there is an inherent need for better and fast automation. Meanwhile, driven by the domestic need to control pollution, innovation in electric vehicles, as well as green technology in general, will take place at a faster pace and larger scale. The large number of user cases will be another impetus, said Brinkmann.

"All the three trends are driving domestic development and creating global champions from China. The big cross-border outbound trends are very much driven by technology," he said.

Brinkmann also added that China's State-owned enterprises, some of which are strong in the traditional sectors such as oil and agriculture trading, will continue to stage strong performance and invest overseas.

At a time of increasing complexity and uncertainty in the global market, Brinkmann said that the opportunities are in emerging Asia. Education, healthcare, oil and infrastructure will be the areas where Chinese companies invest the most heavily in other parts of Asia, a trend that can be largely associated with the Belt and Road Initiative, he said.