Nowadays, with China becoming one of the front-runners in the world for the research and development of artificial intelligence (AI), a growing number of Chinese companies, especially high-tech start-ups, have been stepping up their efforts to adopt this cutting-edge technology. 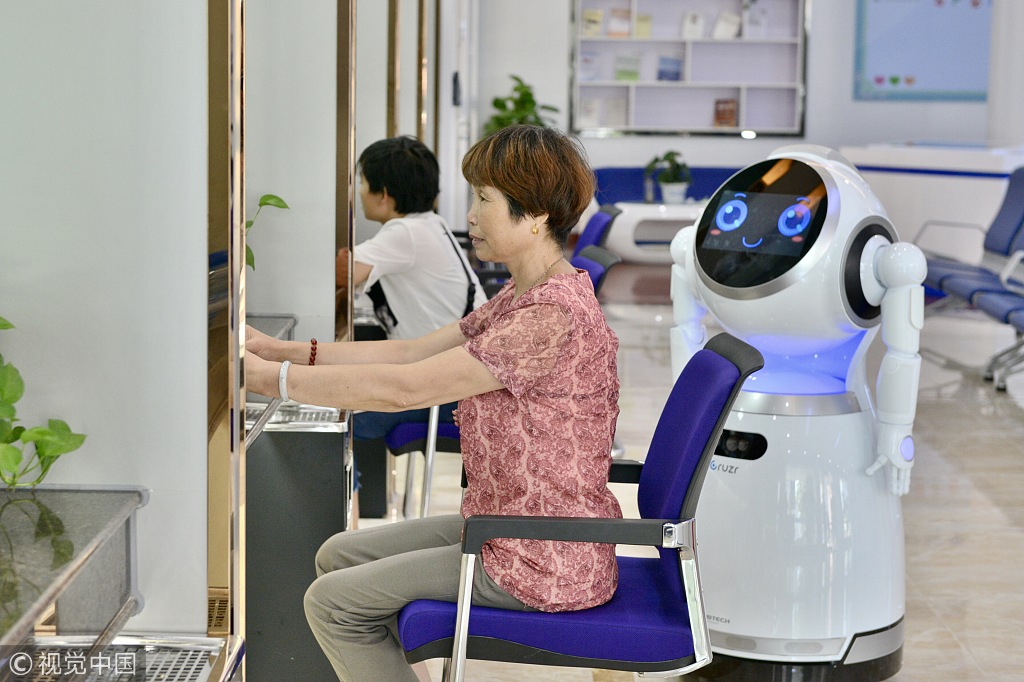 Data from the 2018 China Artificial Intelligence Development Report published by Tsinghua University this July, as of June 2018, China has 1,011 AI companies in total, second only to the US, which top the list with 4,925 such companies.

In addition, one-fifth of the top 20 cities around the globe which are ranked by the number of AI companies they have are in China, with Beijing ranking first among them.

According to another report titled “Human Capital Investment in the AI Era: Future Challegenes and Coping Strategies in the Chinese Job Market”, which was jointly released Wednesday by the China Development Research Foundation (CDRF), an official think tank under China’s central government (the State Council), and Sequoia China, the Chinese branch of the US investment giant, Sequoia, the Chinese AI industry is expected to enjoy a golden era over the next ten years as the country speeds up the transformation of its social-economic structure.

The report points out that workforce is being rapidly replaced with automation and AI technologies on a large scale in the manufacturing industry in China’s three coastal provinces, namely, Zhejiang, Guangdong and Jiangsu. In response to the rising wages and labor shortages, a number of manufacturers in these regions have reduced their workforce by more than 30 percent by adopting AI technology over the past three years.

Apart from manufacturers, Chinese companies from a wider range of areas such as social media, e-commerce, traffic and transport, medical care, and education are also striving to integrate AI technology into their business.

The Beijing-based Tomorrow Advanced Life (TAL), one of China’s leading education service providers, has become a pioneer in the country’s education industry for its successful application of AI technology.

Based on such underlying AI technologies such as facial recognition, and voice recognition, the company has developed an AI teaching assistance system called Magic Mirror, which enables teachers to get a better idea of the mental state of each student during the class.

“We are committed to integrating new technologies into education,” said Bai Yunfeng, president of TAL. “We hope that with the help of AI technology, teachers will be able to attach personalized attention to every single student.”

Like TAL, Shannon. AI, a Beijing-based financial information provider, is also trying to make the best of the AI technology. As a start-up which was founded in 2017, the company has developed an intelligent financial data search and analysis tool with the natural language processing technology.

“In an era of information explosion, AI technology can help us find the information which is most useful to us,” said Li Jiwei, founder and CEO of Shannon. AI.

For instance, to help investors who were intended to invest in Africa make the right investment strategies, the company once used several AI algorithms to obtain economic data of relevant African countries, which are usually hard to get in a conventional way.

“Our goal is not to disrupt, but to empower the financial industry with the AI technology,” said Li.