The completion ceremony of the “230kV Nabar-Shwebo-Ohntaw Transmission Line and Substation Project” undertaken by the State Grid Corporation of China was held in Shwebo, Sagaing Region, Myanmar on Saturday. U Win Khaing, union minister of the Ministry of Electricity and Energy of Myanmar,  Min Nai, governor of Sagaing Region, and Tan Shufu, commercial counsellor of the Chinese Embassy in Myanmar, attended the ceremony. 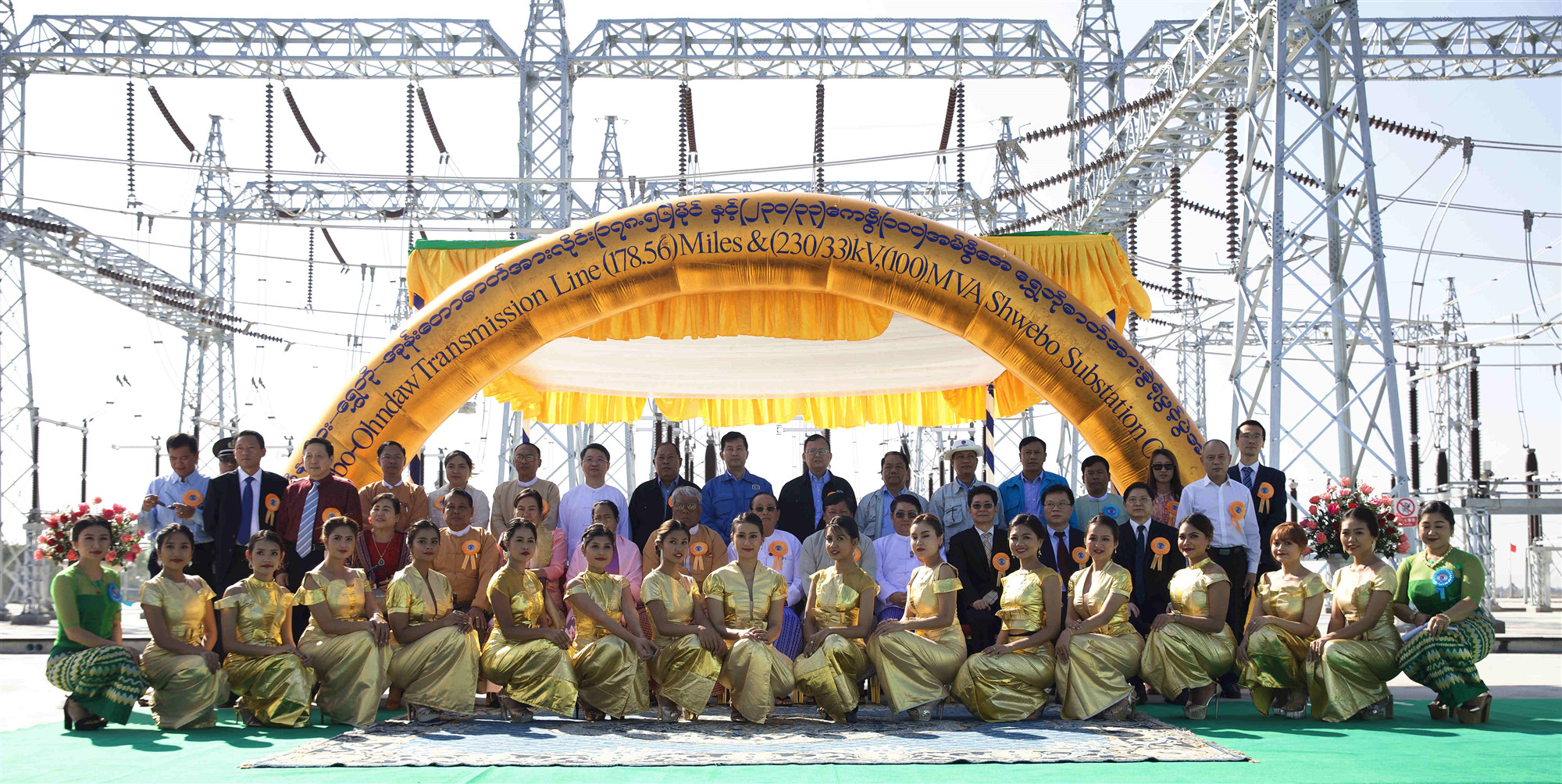 Construction of the $133.47 million project commenced in November 2017. Two 230 kV substations and two 230 kV double-circuit transmission lines with a total length of about 300 kilometers were newly built, starting from the Taipingjiang Hydropower Station in Kachin State and ending near Mandalay, the second largest city in Myanmar. The high-quality and efficient construction of the project as well as its successful coming into service has been highly recognized and appreciated by the Ministry of Electricity and Energy of Myanmar.