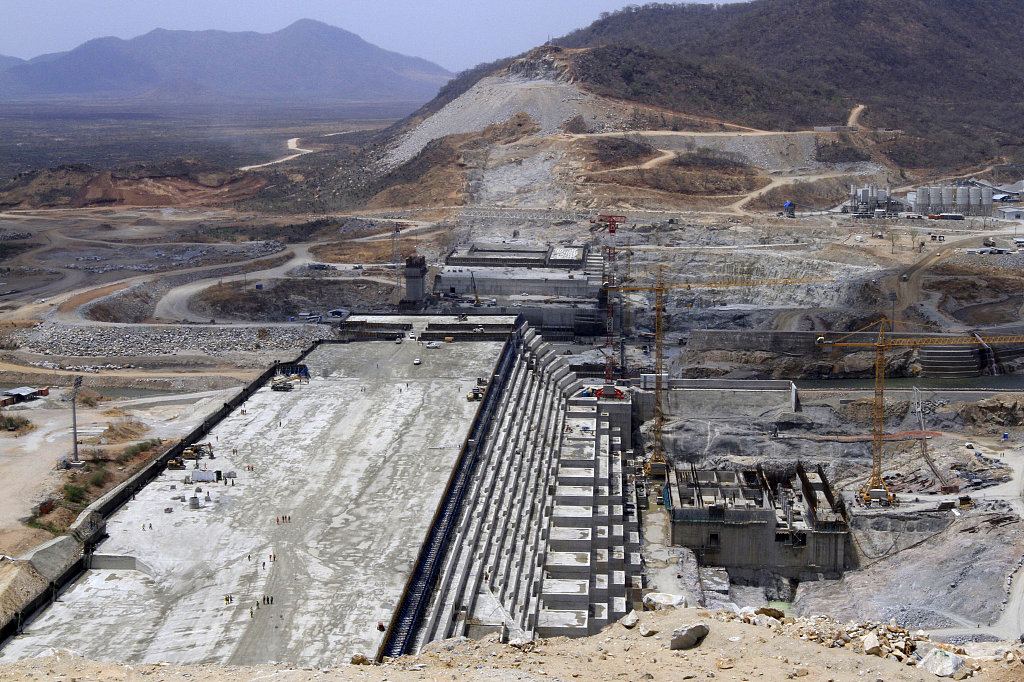 A general view of Ethiopia's Grand Renaissance Dam, as it undergoes construction, is seen during a media tour along the river Nile in Benishangul Gumuz Region, Guba Woreda, in Ethiopia March 31, 2015. (File photos: VCG)

According to the contract agreement involving $40.1 million, CGGC will take part in pre-power generation activities of Ethiopia's grand hydro-electric dam, which will be regarded as Africa's largest hydro dam upon completion with a total volume of 74,000 million cubic meters, the Ethiopian Electric Power (EEP) revealed on Tuesday.

Ethiopian Electric Power head, Abrham Belay, said during the signing ceremony in Ethiopia's capital Addis Ababa that the agreement with CGGC is expected to speed up construction of the dam.

EEP also on Tuesday revealed that it signed another agreement with Voith Hydro Shanghai, which is part of the Voith Hydro that headquartered in Germany with specialization on manufacturing of turbines and turbine generator sets, for the installation and commissioning of six turbine generators at the GERD.

The energy sector is one of Ethiopia's priorities as the country envisaged to become a light manufacturing hub in Africa together with a middle-income economy by 2025.

Officials at the Ethiopian Ministry of Water, Irrigation and Energy (MoWIE) recently told Xinhua that the East African country is working to reach 17,300 MW of energy by the end of 2020, from the current 4,280 MW of energy through energy projects in hydro, wind, geothermal and biomass energy.

In April, the Ethiopian government announced plans to generate $1 billion annually from the extraction of natural gas and crude oil deposits.