KUALA LUMPUR, Sept. 4 (Xinhua) -- Chinese solar photovoltaic (PV) maker Trina Solar launched an "all in one" solar energy system in Malaysiaon Tuesday which the company said could help the country increase the use of renewable energy. 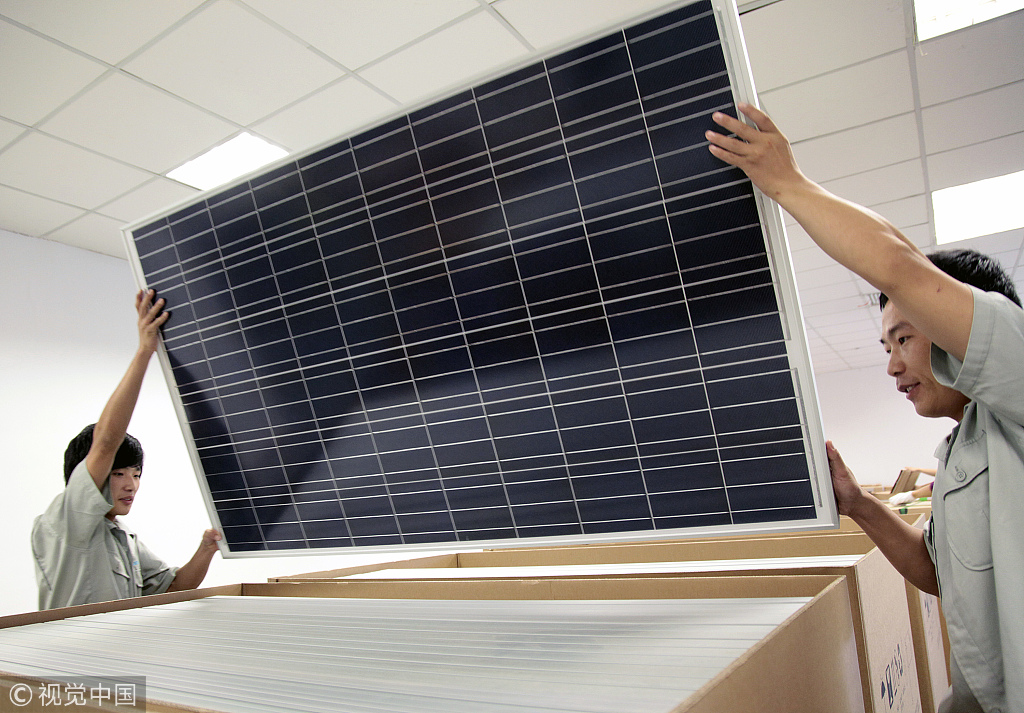 According to Ku, such systems are also helpful for Malaysia to achieve its target for renewable energy.

Renewable energy accounts for 2 percent of Malaysia's energy mix, but the Malaysian government has set a target of 20 percent by 2025.

"This can be achieved by adopting solar energy solutions, such as Trinahome," said Ku.

According to the International Renewable Energy Agency, the amount of solar energy capacity in Malaysia rose to 362MW in 2017 from 340MW in 2016, representing a year-on-year increase of 6 percent.

"Considering Malaysia is near the equator and there is plenty of sunshine all year round, it makes sense that solar energy plays an important role in Malaysia's energy mix," he said.

The company works with top scientists in China and in other countries around the world to develop solar cell technology, he said.

"Trina Solar also provides total solutions. This means in addition to providing the solar panels, it also provides the other components such as the inverter, grid box, mounting system, etc."