JERUSALEM, April 25 (Xinhua) -- Construction of a section of Tel Aviv's light rail Green Line kicked off on Sunday, comprising the Reading station and a bridge above the Yarkon river.

The project, undertaken by Power Construction Corporation of China (PCCC), is expected to complete in 2024 with a 700-meter-long and 13-meter-wide bridge, as well as a station covering about 2400 square meters. 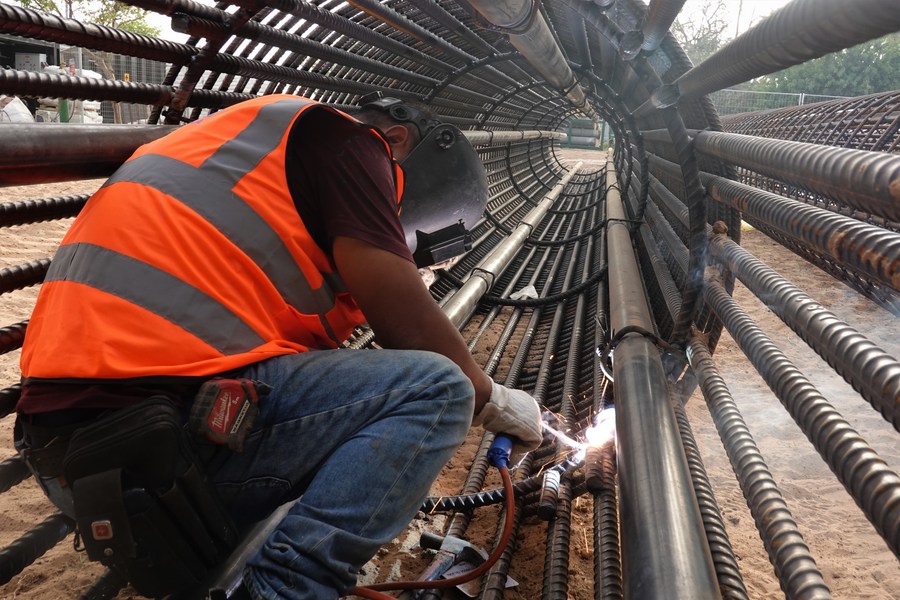 At the groundbreaking ceremony, PCCC project manager Li Feng voiced his expectation that the site will become a new landmark in Tel Aviv's largest Yarkon Park, saying the project will employ China's advanced equipment and technology to guarantee quality and safety.

It also takes serious consideration to minimize environmental impact, according to Li, who said the bridge's pillars will not enter the waters of Yarkon, the largest river in Israel flowing into the ocean, and prefabricated structures were applied to reduce the use of polluting site-poured concrete.

The metropolis has long suffered from serious traffic congestion, the CEO of Tel Aviv Municipality Menachem Leiba told the ceremony, adding that the new construction is an integral part of the entire Green Line that will greatly ease urban travel pressure.

After completion, the 39-km-Green Line will run from Rishon LeZion, an Israeli city south of Tel Aviv, northwards through Holon, then through central Tel Aviv before splitting into two north-bound branches.