Chinese company to invest 1.3 bln USD in Peru's copper mine

The Aluminum Corporation of China (Chinalco) on Friday announced plans to invest 1.3 billion U.S. dollars to expand its operations at Peru's Toromocho copper mine. 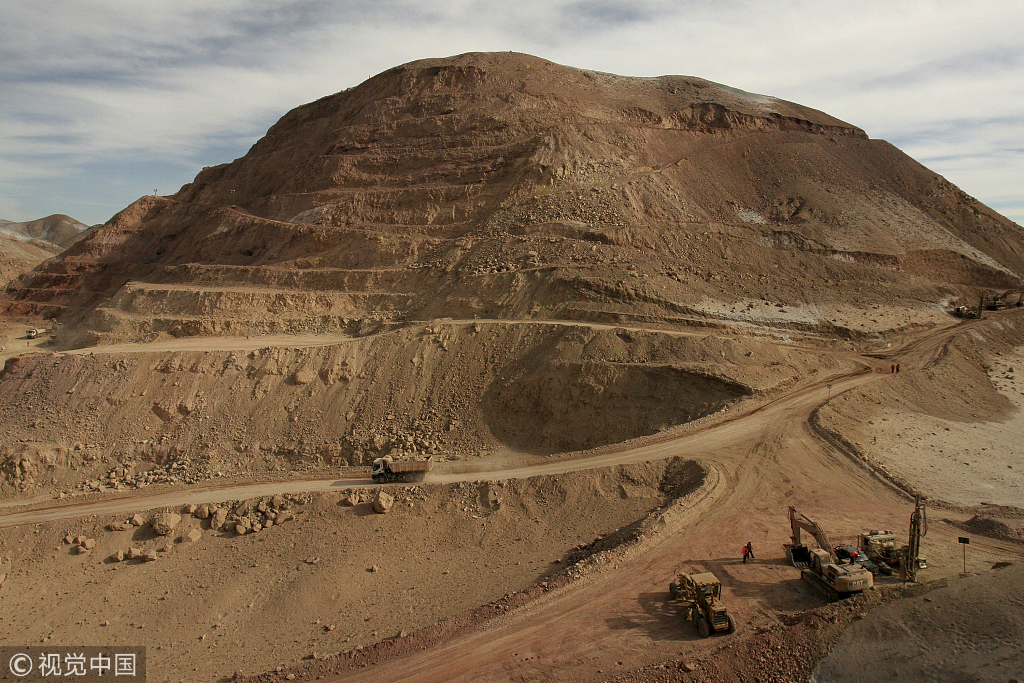 The decision aims to boost the company's capacity to produce and process fine copper, Chinalco's CEO Ge Hongling said during a meeting with Peruvian President Martin Vizcarra at the presidential headquarters in the capital Lima.

"By 2020, the annual production capacity will increase 45 percent and the value of annual output will reach 2 billion U.S. dollars, contributing to the creation of more jobs and tax," Ge said.

Chinalco, which has been operating in Peru for 10 years, hopes to triple its processing capacity to 157,000 tons a day, and to double its annual output of fine copper to 300,000 tons.

"That's why I thank the Chinese government and Chinese companies for the confidence they have in Peru," said Vizcarra, who took office in March.

Geological studies show Toromocho, located about 150 km east of Lima, contains 1.526 billion tons of minerals with an average copper content of 0.48 percent, along with molybdenum and silver.

Chinese Ambassador to Peru Jia Guide told reporters at a press conference that "over the next three years, we expect a wave of Chinese investment in Peru of some 10 billion U.S. dollars, in energy and mines, construction and finance."