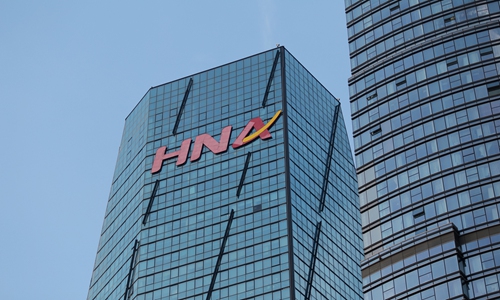 The government of South China's Hainan Province has led a workgroup dedicated to resolving the liquidity risks of Chinese conglomerate HNA Group, the company said in a briefing on Saturday. The workgroup would fully assist and advance HNA's risk management efforts, it said.

The workgroup will be led by Gu Gang, chairman of Hainan Development Holdings. Ren Qinghua, the director of the administrative committee of the Hainan Yangpu economic development zone, will be the executive deputy group leader, the HNA report said.

After the group is set up, its aviation assets Hainan Airlines will not be sold by HNA to pay off in the form of asset divestment, news website Jiemian reported on Saturday, citing a person close to the situation. There had been speculation that HNA's aviation assets would be split into other airlines.

Since liquidity risks began looming at the end of 2017, HNA Group has actively engaged in "self-help" with the support of all parties, but failed to completely defuse the risks. The COVID-19 epidemic outbreak has further heightened liquidity risks, the briefing said, explaining the reason behind the formation of the workgroup.

Although HNA has been stepping up the disposal of assets, it still could not solve its liquidity crisis. The company reported a loss of 4.9 billion yuan ($700 million) in 2018 and lost 3.5 billion yuan in the first half of 2019, HNA records showed.

Takeover speculation of the HNA Group by local government in Hainan, where the indebted company is headquartered, is fueling hope that the conglomerate could be resuscitated even though receive another blow from the coronavirus outbreak

"It remains to be seen whether HNA would finally be taken over by the government as there will be a period of transition, and from the latest appointment, it retains key board posts like the chairman and CEO," Lin Zhijie, an independent industry analyst based in Xiamen, East China's Fujian Province, told the Global Times over the weekend.

In a separate filing, HNA said it has adjusted its board members: Gu was appointed executive chairman of the HNA Group, while the company's co-founder Chen Feng retained the chairmanship.

"It turns out that the self-rescue of HNA did not achieve the expected results, and its operations even got worse," said Lin, adding that the coronavirus outbreak just weighed on the indebted firm, dealing another blow to its already tight cash flow.

In terms of the aviation sector, which witnessed a 90 percent drop in passengers, the impact caused by the coronavirus outbreak is much bigger than SARS did to the industry in 2003, Lin said.

"For airlines like HNA which has already been struggling from bad operations and high debt, they could not survive the blow from the epidemic crisis," he added.

"I think the serious situation that HNA faces explains why the workgroup has been enhanced to such a high level this time," Lin noted.

HNA did not respond to a request for comment as of press time.