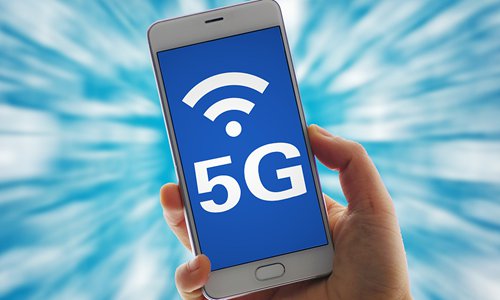 After 5G commercial licenses have been officially issued, how long will Chinese people have to wait before they can use 5G smartphones? The official issuance of the licenses shows that China -- the world's largest mobile phone market -- has entered the 5G era. Industry analysts pre-dict that Chinese consumers will be able to use 5G smartphones at prices ranging from 2,000 yuan ($290) to 3,000 yuan next year. "Some 5G smartphone products will be released this year, but will be quite expensive, over 10,000 yuan," Xiang Ligang, director-general of the Bei-jing-based Information Consumption Alliance, told the Global Times on Thursday. Consumers can buy 5G phones at affordable prices in a year, he noted. Major regions such as Beijing, Shanghai and South China's Guangdong will be the first places covered by 5G networks. Based on previous in-formation unveiled by the three carriers, smartphone users will have access to 5G high-speed internet and voice services without having to change SIM cards. China's telecoms industry regulator officially re-leased the first four 5G business licenses to Chi-na Mobile, China Union, China Telecom and Chi-na Broadcast Network on Thursday, helping the country get into the fast lane in commercializing the next generation of wireless technologies. China released licenses a year earlier than scheduled to boost the economy while strength-ening the overall telecoms sector in light of the US-led crackdown on Chinese telecoms vendors, Xiang noted. "It will also help boost the sluggish smartphone market," he said. Chinese smartphone makers such as OPPO and vivo have shown confidence by releasing the first batch of 5G phones as soon as possible, and will adjust shipments in line with demand, media re-ported on Thursday.