A research report has found that 98 percent of the surveyed people see mobile payments as their most often used payment methods in 2020, 5 percentage points higher than the same period of the previous year. 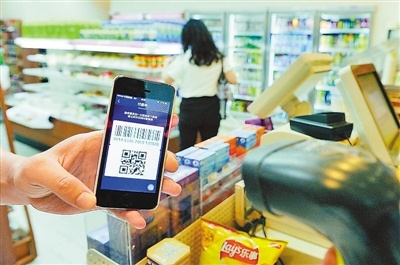 Among these people, 85 percent made a payment through scanning a QR code, 6 percentage points higher than the same period of the previous year, according to the report on the mobile payment security of Chinese consumers jointly released by China UnionPay, internet banks and payment institutions.

Due to COVID-19, mobile payments thrived in online shopping scenarios such as live-streaming e-commerce, said Wang. According to the report, 30 percent of the respondents said they would often buy things during live-stream shows.

Of the surveyed people, 98 percent believe mobile payments are safe, while only 28 percent think they did a good job in protecting themselves against security risks when making a payment.

Senior people and low-income people who took poor measures to verify their payments and used unsafe mobile payments were vulnerable against risks, the report showed.

Only 8 percent of the respondents said they suffered economic losses after being scammed, 4 percentage points lower than the same period of the previous year.