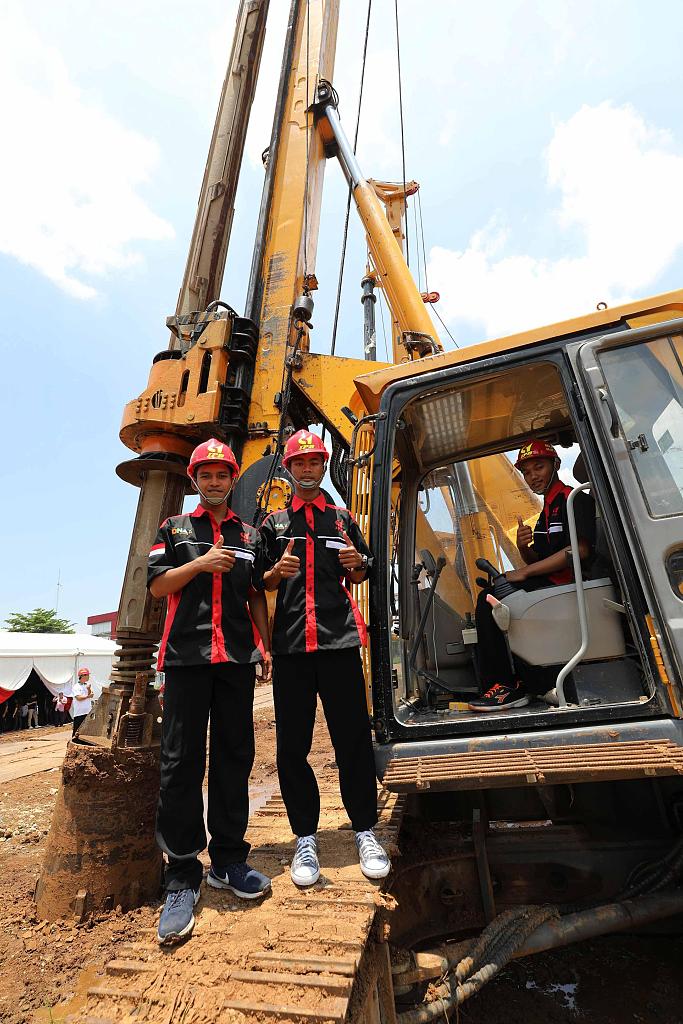 "The TBM is expected to start the drilling on March 31, hopefully this assembling works can run smoothly to catch up with the schedule," Ronald Lintang, an assistant engineer at Sinohydro Co. Ltd. that carries out the project told Xinhua at the project site located in eastern Jakarta area.

He said the TBM, having a diameter of 13.19 meters, would be the largest of its kind ever being operated in Indonesia.

The No. 1 station, located near a Jakarta airport, is one of the four stations projected to be built for the Jakarta-Bandung high speed railway train. The other three stations are located in Karawang, Walini and Tegal Luar in Bandung.

The technology embedded in the TBM would not disrupt traffic in ground above the tunnel project, making transportation in one of key toll roads in Indonesia's capital city undisrupted.

A total of 12 tunnels would be built alongside the 142-km high speed railway route connecting the two cities.

The Jakarta-Bandung high speed railway is part of the Belt and Road Initiative projects in Indonesia.

The high speed railway train is capable to transport passengers and goods within 45 minutes between the two prominent Indonesian cities, paving the way for people in Indonesia to enter modern transportation system era.