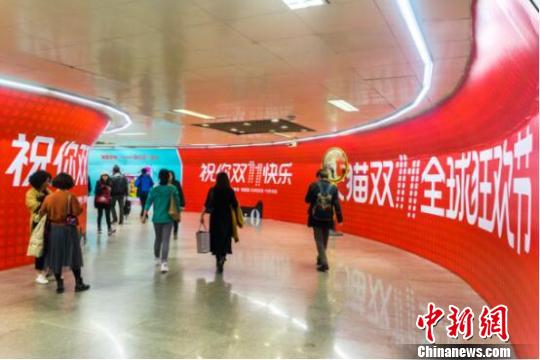 A Chinese zone handling cross-border e-commerce logistics has seen a growth in imports as firms prepare for the Singles' Day shopping spree on Saturday.China (Hangzhou) cross-border e-commerce comprehensive pilot area reported Tuesday that the number of foreign consumer goods entering the zone has reached 31 million items as of Nov. 7, more than double the figure prior to last year' s Singles' Day.The zone is used mainly by Tmall International, Kaola.com, and baby product-focused Beibei.com.Pregnancy and baby products, wellness products and hi-end home appliances are the most popular imports.Chinese firms began stocking up imported goods in September and peaked a month later. The Hangzhou zone recorded 1.11 billion yuan (168 million U.S. dollars) worth of goods in October, up 95.5 percent from last year.There is also a rise in exports, zone officials said, as Tmall International and others run sales during Singles' Day on their global web-sites too.November 11 is known in China as Singles' Day because the date, 11-11, resembles four "bare sticks," a term used in China to refer to single people. The day started to become associated with commerce when Alibaba launched a major promotional campaign in 2009.The State Post Bureau predicted the number of packages handled between Nov. 11 and 16 will rise to 1.5 billion, up 35 percent from the same period a year ago. The daily volume could hit 340 million, three times the usual level.