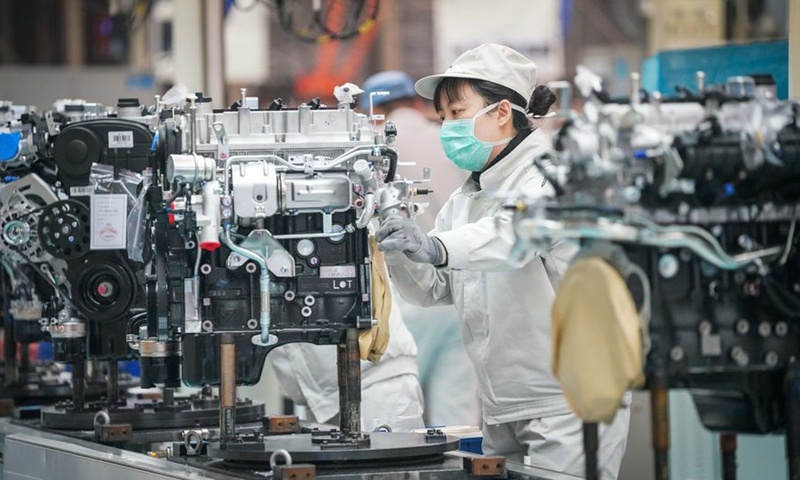 China's economy could achieve positive growth in 2020, Chinese Premier Li Keqiang told a virtual gathering of nearly 600 business leaders from all over the world in a special dialogue organized by the World Economic Forum (WEF) Tuesday night.

"I have confidence that the Chinese economy is expected to achieve positive growth for the whole year, and this will be enabled by efforts from the government, the business community and average households," Premier Li said.

Premier Li struck an increasingly confident tone in describing whether or how positive economic growth can be achieved for 2020. In May, at the annual legislative and political consultative meetings, Li said such growth could be achieved if efforts to safeguard small businesses and protect jobs succeed.

His comments came as the world's second-largest economy recovers from the onslaught of the COVID-19 pandemic. China announced better-than-expected economic data for August on Tuesday.

In the first quarter, when the pandemic hit the Chinese economy the hardest, China's GDP plunged 6.8 percent. In the second quarter, the figure recovered to 3.2 percent growth.

China was the only G20 country recording positive economic growth in the second quarter of 2020, according to a report released by the Organisation for Economic Co-operation and Development on Monday.

"As much of the world is still focused on its public health response, it makes us hopeful to hear about the early signs of an economic recovery in China," said WEF Founder and Executive Chairman Klaus Schwab.

According to WEF, this is the first time that Premier Li has addressed a meeting of global business leaders since the viral outbreak.

"The recovery plans discussed by Premier Li provide one blueprint to combat the spread of the virus and resume economic life safely. This kind of experience-sharing is crucial to ensuring we leave the pandemic behind us sooner rather than later," said Schwab.

Top leaders from companies including Stephen A. Schwarzman, chairman of Blackstone Group, and Joe Kaeser, CEO of Siemens AG, participated in the event.

"We must each live up to our responsibility to support multilateralism and to bring a message of hope and confidence to people around the world. We hope that we can all work to promote trade and investment, liberalization and facilitation, which has already been severely affected by COVID 19," the Chinese Premier said.