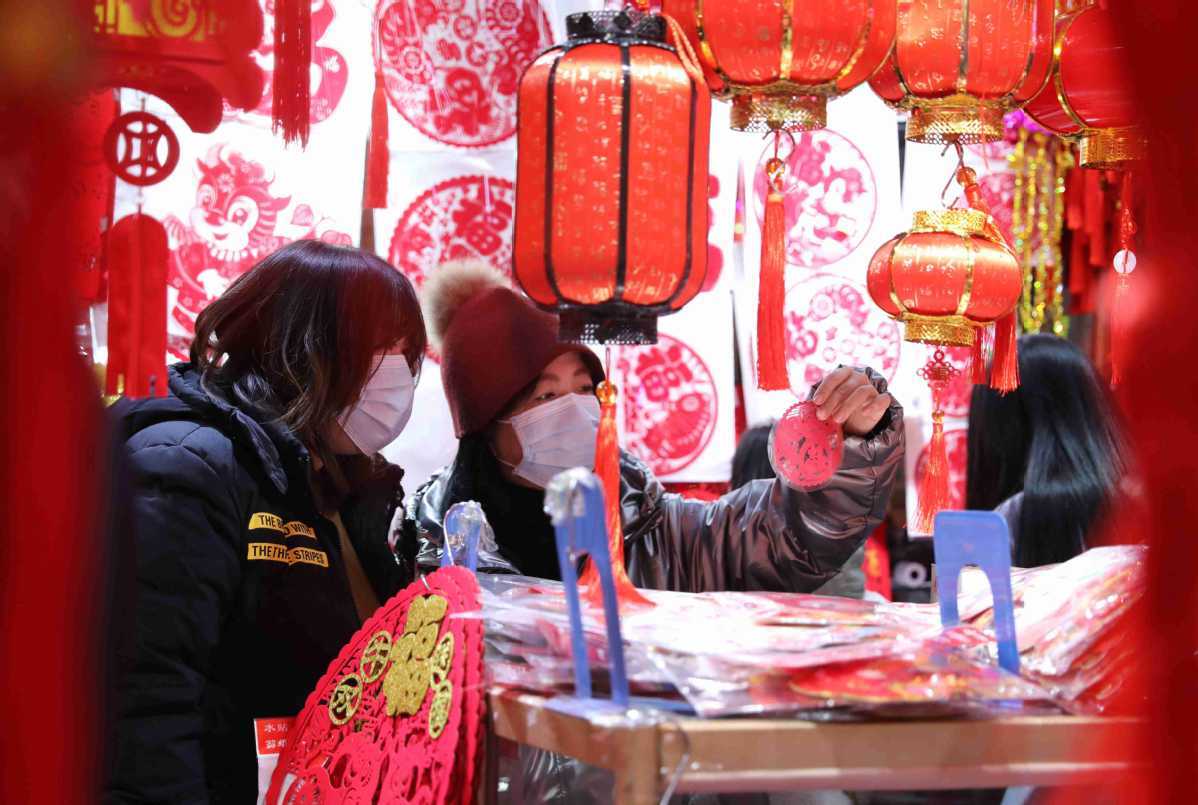 China's economy continued to gather steam during the Spring Festival period despite millions of people staying put for the weeklong holiday which started on Feb 11, which usually sees mass migration across the country.

The following are data highlights revealing China's economic vitality during the holiday:

-- The sales revenue of China's catering sector during the holiday was 5.4 percent higher than it was during the Spring Festival in 2019, indicating the sector is returning to pre-COVID-19 levels.

The sales revenue of the sector during the Feb 11 to Feb 17 period soared 358.4 percent from the Spring Festival holiday in 2020, which was hit by the country's rapid and massive response to COVID-19, according to value-added tax data released by the State Taxation Administration.

-- China's major coastal ports were busy during the holiday amid the strong recovery of the Chinese economy, with the container throughput of major hub ports growing rapidly, according to the latest data from the China Ports and Harbours Association.