BUSINESS Chinese economy stays resilient in May on consumption growth

Chinese economy stays resilient in May on consumption growth 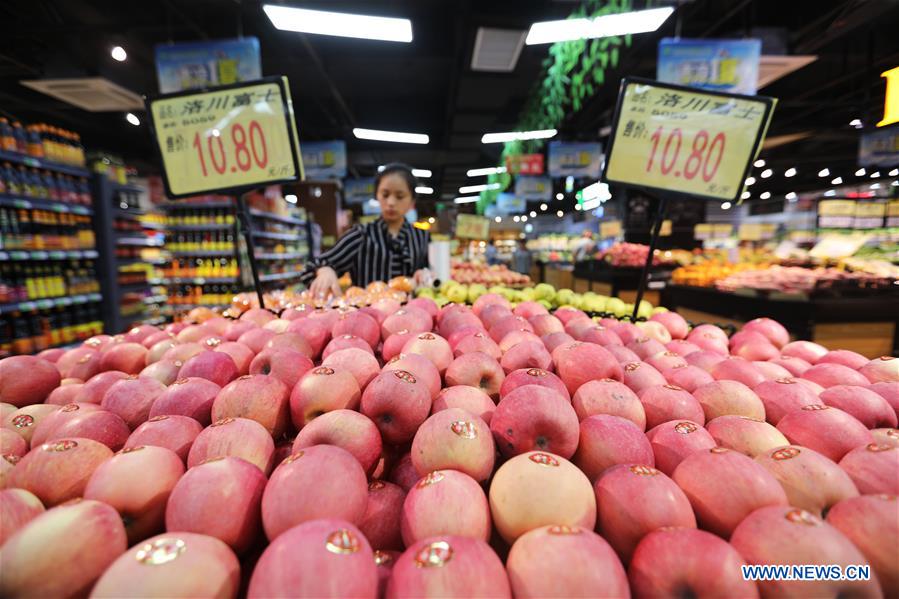 BEIJING, June 14 (Xinhua) -- The Chinese economy stayed resilient in May as the leading growth engine of consumption picked up expansion pace.

May retail sales expanded 8.6 percent year on year, quickening from an increase of 7.2 percent registered in April, data from the National Bureau of Statistics (NBS) showed Friday.

China saw its total retail sales up 8.1 percent year on year in the first five months of this year to reach 16.1332 trillion yuan (about 2.33 trillion U.S. dollars).

Consumption is now the biggest driver of the world's largest developing economy, which contributed to over 65 percent of GDP growth in the first quarter of this year.

"It's normal to see monthly fluctuations of economic performance, while we have to adopt a more long-term perspective concerning economic growth," said NBS spokesperson Fu Linghui.

Fu pointed out that the commercialization of 5G technologies, a decision made last week, will help boost the upgrading of the country's manufacturing as well as service sectors.

The Chinese government has stepped up efforts in recent months to keep the economy operate within an appropriate range.

"We have seen early signs of counter-cyclical policy adjustments to soften the impact of external demand shocks and domestic deleveraging," a research note from investment banking firm CICC said, citing a recent example of allowing local government special bonds to be used as capital for qualified infrastructure investment projects.

China's 11,800-plus incubators had helped nurture about 620,000 startup enterprises and teams by the end of last year, creating 3.95 million jobs, said a report by Torch High Technology Industry Development Center.