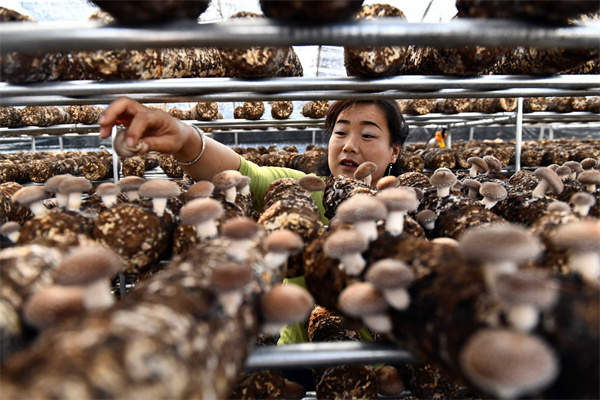 Chinese specialty mushroom supplier Shandong Qihe Biological Technology Co Ltd. will continue to expand its presence in the US market by adding more production capacity and extending business chains, according to an executive in charge of the company's operation in North America.

In particular, the farm in Cumberland County has 75 mushroom growing green houses in operation and also serves as a transfer center of containers.

Moreover, Qihe will build a fully intelligent mushroom growing farm in Atlanta, Georgia with a designed production capacity of around 50,000 pounds each day, said Du.