Chinese enterprises have invested $835 million on advertising for this year’s Russia FIFA World Cup, according to statistics released by Zenith Group, a firm that provides top echelon services in market research information and data analysis. 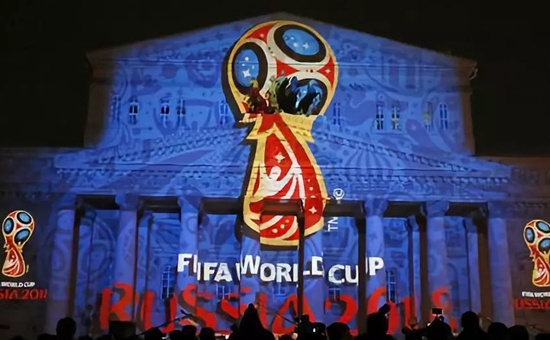 Zenith said that the 2018 FIFA World Cup is a grand event for Chinese brands, even though the Chinese team won’t be competing this year.

“China plays a significant role in our strategy to promote global development of football, and its participation is indispensable,” said FIFA Secretary General Fatma Samoura. According to Samoura, in FIFA's 2.0 strategy, it has proposed to increase participation in football to 60 percent of the global population by 2026. Therefore, FIFA must focus its attention on China, a country with 1.4 billion potential soccer fans.

The World Cup has always been the top money-making sports event. According to leading global information and measurement company Nielsen, about 55 percent of people are willing to buy products from World Cup sponsors, and 60 percent of them believe in the influence of these brands.

For Chinese enterprises, sponsoring the sporting event is like being given a giant key to the overseas market, that will gain them more access to global consumers. More and more Chinese brands have begun their promotion in the sporting field, and this high input can always be turned into profit.

Chinese male clothing brand DIKING is on the sponsors list for this year's World Cup. It is the world’s first formal wear brand to sponsor the event. President of the company, Lyu Qi, said that sponsorship not only reflects the company’s strategy of overseas expansion, but also suggests that Chinese brands have comparable power to international first-class companies. The formal wear company plans to double its revenue within a year through the World Cup sponsorship.

Chinese property and entertainment conglomerate Dalian Wanda Group is now a top-tier partner. It signed a $150 million sponsorship deal in 2016, which will allow the company to enjoy all advertising and marketing rights of FIFA World Cup matches in 2018, 2022, 2026 and 2030.