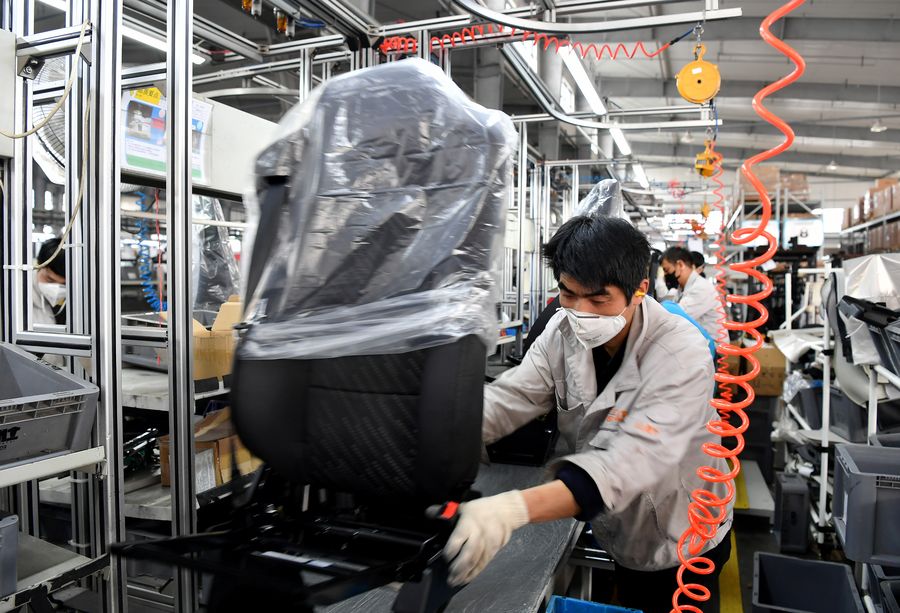 According to the Chinese Ministry of Commerce, at least 100,000 Chinese exporters are seeking resources to redirect goods into the home market.

China registered 1.41 trillion yuan ($201 billion) in exports in April, up by 8.2 percent, beating market forecasts. Yet, as the overseas market struggles with the fallout from the epidemic, foreign trade enterprises in China still face many risks and uncertainties.

"The domestic consumer market is now facing transformation and upgrading after the epidemic, and consumers are becoming smarter. The goods from abroad can well meet such demand to some extent, so there will be a long-term growth in domestic sales,” said Wang Hai, vice president of Alibaba.

Wang said the number of newly settled enterprises in 1,688 platform, the largest B2B platform for domestic trade in China, increased by 230 percent month-on-month in March, and the platform plans to help 500,000 foreign trade enterprises to achieve 200 billion yuan of domestic trade online wholesale transactions in the future.