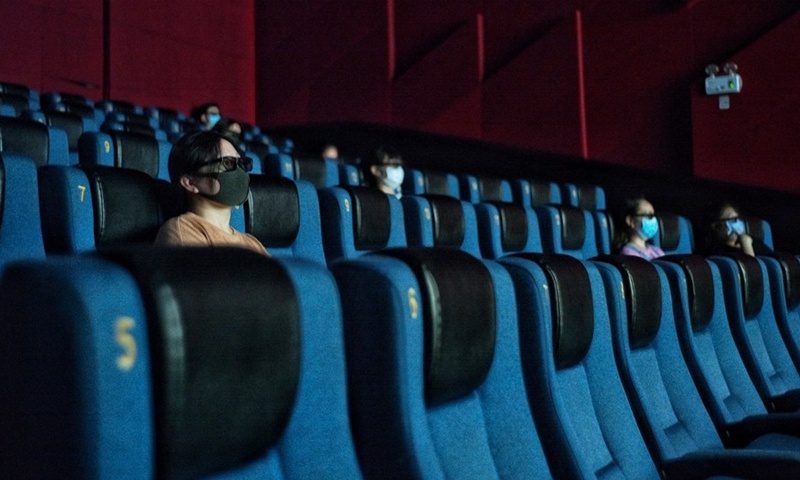 Several Chinese filmmakers have preannounced their 2020 financial results, with heavy losses across the board after being hit badly by the Covid-19 pandemic, and Wanda Cinemas posted the largest loss of 7 billion yuan ($1.08 billion).

Wanda's over 600 cinemas were suspended for nearly half a year last year, which is a fall-out of the pandemic. Although the industry has been gradually recovering since July 20, there is still a distance to travel before returning to pre-virus levels due to existing anti-coronavirus measures and lack of high-profile movies, said Wanda Cinemas. It said that its film business in Australia was also impacted by the outbreak.

Aside from Wanda, China Film Co posted loss for the first time since its debut on Shanghai Stock Exchange in 2016, with loss ranging from 465 - 675 million yuan, according to the company's statement.

Hengdian Entertainment Co estimated that its economic loss in 2020 may reach 450 - 490 million yuan.

Meanwhile, Enlight Media projected that it would generate a net income of 230 - 300 million in 2020, plunging 68 -75 percent year-on-year, the company said, citing several high-profile films it took part in, such as The Eight Hundred and Legend of Deification.

Despite severe negative impact due to the pandemic, film companies remain positive over earnings in 2021.

The Chinese film market is expected to see further improvement in supply and demand along with a seemingly stabilizing pandemic situation across the world, said Wanda Cinemas. The company said that it would step up efforts to grow the company's market share and earnings performance in 2021.