A group of workers in the US state of South Carolina, who have teamed up with their Chinese colleagues, are working against the clock in a nascent industrial park near the state capital of Columbia. 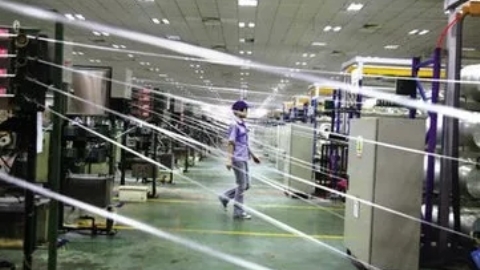 Some workers drive bulldozers or trailers shuttling back and forth on the construction site while others gather in a temporary shed trying to figure out how to solve problems.

As employees of fiberglass manufacturer China Jushi, they have the common goal of finishing a huge project started from scratch in Pineview Industrial Park. Fiberglass is a composite material widely used in many fields including aerospace, transportation as well as electronics.

Henry Briggman, a South Carolina resident, said he was "happy" to join the Chinese company and "confident about the bright future here."

Headquartered in China's southeastern Zhejiang Province, the fiberglass giant is establishing its first US fiberglass manufacturing operations in the 900-acre (364-hectare) new industrial park, as its first tenant.

Jushi's anchoring was "extremely needed to kick-start the development of the park," Nelson Lindsay, director of Global Business Development at the South Carolina Department of Commerce, told Xinhua.

The construction of the US factory is part of the company's global strategy under the guideline of "first build the market, then build the plant," since it has more than 20 years of experience in the US market, Wu Qing, CEO of China Jushi USA corporation, told Xinhua.

Breaking ground in December 2016, the company planned to complete the first phase of installation within two years, Wu said.

Jushi, or "giant stone" in Chinese, means backbone of heaven and earth in Chinese culture. For Richland County, where the park is located, the company means a giant boost for the local economy.

The first phase of the project with an 80,000-ton production line is expected to bring US$300 million in capital investment and create 400 new jobs.

All new employees will receive three to six months' job training in China, according to the company.

The presence of Chinese firms in South Carolina dates back to almost 20 years ago. In 1999, Qingdao-based refrigerator manufacturer Haier became the first Chinese enterprise to establish itself in the state.

"China has a lot of strength in manufacturing, so does our state. It's a good marriage," Doug Woodward, an economist from the University of South Carolina, told Xinhua. The professor also expected further growth of Chinese businesses in the state.

Since 2011, China has become one of the top five countries to invest in South Carolina. With over US$1.3 billion in capital investment, Chinese manufacturers have created about 4,000 new jobs, according to the latest figures from the state's commerce department.