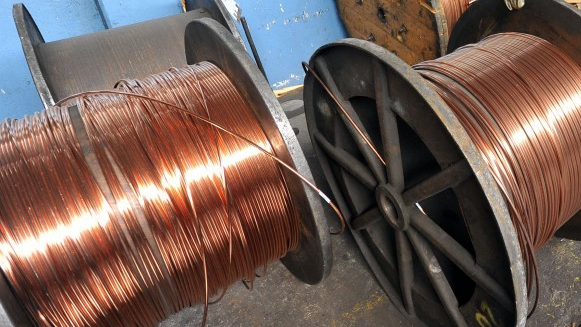 One of China's leading gold, copper and non-ferrous metals producers has won a public competition to become the strategic partner of Serbia's state-owned copper mining and smelting complex.

The announcement was made by Serbian Minister of Energy and Mining Aleksandar Antic at a press conference on Friday.

Antic revealed that China's Zijin Mining Group made the best offer among the three companies that tendered to partner the Mining and Smelting Combine Bor located in the city of Bor, some 250 kilometers southeast of the capital Belgrade.

He said the offer envisages an investment of 1.26 billion US dollars in exchange for 65 percent of ownership of Serbia's sole producer of copper and precious metals.

Some 350 million US dollars will be allocated as a capital injection to the company, while Zijin will also invest another 200 million to settle the company's historic debt.

According to the company website, the "Mining and Smelting Combine Bor" includes Bor Copper Mines that employ 2,239 people as well as Bor Copper Smelter Refinery and the Majdanpek Copper Mine.

Antic said that the partnership with Zijin will enable opening of a new mine as well as modernize and increase the capacity of the smelting plant.

"In three years we expect to double the production to 80,000 tons of copper, while in five years it should increase to 120,000-150,000 tons," he said as reported by Serbia's public broadcaster RTS.

RTS reports that the finalization of the contract is planned for the first half of September so as to have the deal concluded and money transfer completed before Dec. 31, and that the partnership can become official on Jan. 1, 2019.