Chinese companies' increasing presence on influential world lists in recent years has shed light on how domestic firms could contribute to the world by providing a new tech-driven development model that other developing economies could draw on, experts said on Wednesday. 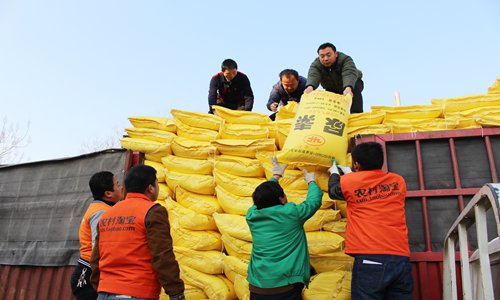 "Through 40 years of reform and opening-up, Chinese companies have not only contributed affordable goods to all countries, they are also increasingly contributing innovative products and business solutions to the world economy," Wang Jun, deputy director of the Department of Information at the China Center for International Economic Exchanges told the Global Times on Wednesday.

"Chinese companies are not only contributing cheap goods for the world's customers, they are now advancing, especially in the middle and high-end markets," Wang added.

Wang's comment came after three Chinese companies successfully made it to this year's edition of Fortune magazine's annual Change the World list on Tuesday.

E-commerce giant Alibaba Group made it to fifth place, the first time a Chinese company appeared in the top five spots of Fortune's annual ranking. The company, based in Hangzhou, capital of East China's Zhejiang Province, showed up in the Fortune Change the World list this year for launching an innovative "poverty alleviation map" in Central China's Henan Province, which entices day-trippers into remote countryside towns. The map could help local restaurants, gas stations, and shops draw customers and develop an online presence.

Lower on the 2018 list stood JD.com, one of China's leading e-commerce and logistics companies, which appeared in the list for the first time and ranked No. 45 for "combining unmanned planes and wingless drones to complete long-distance and last-mile deliveries for rural areas."

China's ride-hailing platform Didi Chuxing was in the No. 53 position, praised for its smart transportation program which improved flow during traffic peaks.

The three tech companies are all from the internet sector, banking on a transformation process in which Chinese consumers' per capita disposable incomes are increasing from $6,000 to $10,000. They benefited from China's position as one of the largest consumption markets and the country's vibrant internet technology, Feng Liguo, a research fellow at China Minsheng Bank's research center, told the Global Times on Wednesday.

Feng noted that the list was drawn up as a swelling echelon of Chinese companies are evolving from big companies by size to great companies in value, adding that great companies bring benefits to society and human civilization with their originality.

"By making business easier for small and medium-sized companies, for farmers living in faraway provinces and for poverty-stricken peasants, what Alibaba really did is to connect a domestic supply chain and a network of global demand. This has brought significant changes to Chinese society," Feng said.

Globally, the idea of bridging the urban-rural gap, matching rural supply with urban demand, and the efforts to alleviate poverty with high-tech measures and slow down a widening of the wealth gap can serve as inspirations, Feng said.

Wang agreed. He noted that China's poverty alleviation efforts, which combined with the application of innovative high-tech measures to develop the rural economy, can be learned by other developing countries and regions.

"China's experience with poverty alleviation has led Chinese companies to create solid and applicable measures. That is not only a Chinese characteristic, it has wide applicability in other countries," he said.

Wang added that other developing countries with vast land resources but low incomes and weak transport infrastructure could also learn from China's experience and use modern information technology to develop their resources and satisfy their needs for urbanization and modern services.