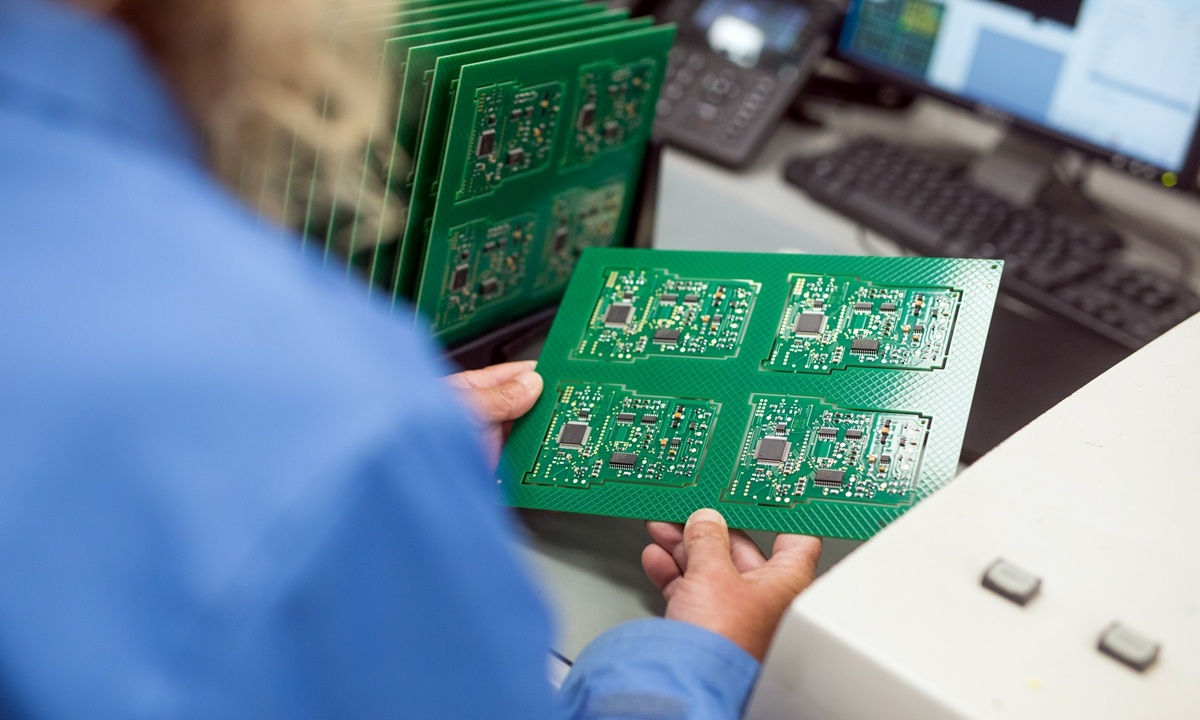 Industry players in China's auto chip sector on Thursday called for the establishment of a domestic testing and certification platform for car chips as part of the effort to create more helpful alternative for domestic industries in order cut reliance on foreign supply and help ease the tightened chip supplies.

At a car chip industry forum, part of the World Semiconductor Conference & Nanjing International Semiconductor Expo that took place in Nanjing, East China's Jiangsu Province, industry indsiders highlighted the urgent need for forming China's own car chip testing and certification platform in a bid to reduce the heavy reliance on the Western ones, which are often very time-consuming and hard to get for many domestic chip producers.

"In China, all safety components are certified, except chips. There is a lack of a complete testing and evaluation platform and certification mechanism between chip and car industries," said Zou.

Zou noted that the imperfect standard system and the lack of domestic testing and certification platform have become key problems restricting the development of car chips in China.

The certification barrier is one of the obstacles hindering the domestic chip companies to enter the car chip market.

For domestic chip companies to enter the car market, they need to obtain AEC-Q100 and other car level certification. But the certification process is controlled by European and US agencies, and it takes about 12 to 18 months to complete and could cost about 50 million yuan ($7.83 million), an engineer with Huahong Semiconductor told Chinese media Yicai in an interview in May.

Car chips require a rigorous certification process, including verification of reliability, quality management, and functional safety. Part of the reason for the long certification process is because there is a higher safety requirement for car chips, which is much more time-consuming than those for mobile phones, experts said.

However, because of the long process, some new companies spend several years and tens of millions of yuans to get the certification and verification, which is hard to sustain often due to limited cash flows, industry insiders said.

"The sophisticated testing and certification may not be very 'friendly' to some start-up Chinese chip producers with tightened cash flow, because by the time some small companies complete the certification, they might have already run out of money," Zhang told the Global Times at the forum.

Even if they pass the test, some companies, especially the large ones, are reluctant to use the products of new start-up companies in China, to avert risks, according to Zhang.

To tackle such issue, Zou said one of their projects is to establish China's car chip test standard system and evaluation database and provide third-party evaluation and certification.

"It's all about solving a problem of trust for the upstream and downstream," Zou said.

In May, more than 10 global car companies were forced to suspend or reduce production due to varying degrees of chip shortages, according to media reports.

Guo Haifeng, an industry expert in technology development, told the Global Times on Thursday that chip certification should go hand in hand with chip manufacturing, because there are more companies designing chips than those who produce them.

With the formation of domestic testing platform, the chip supplies may also be partially eased, experts said.

Chips for cars involve many links from design to production, including a long chip testing cycle. If the domestic testing platform is established, it will help to accelerate the process and enable more capable domestic chip producers to get into the supply chain, a manager with JL Semi, a domestic network communication chip design company, surnamed Feng, told the Global Time on Thursday.

But Feng also noted that simplifying the certification process is only a part of the solution for the tightened chip supplies, since other factors such as material shortage is also a big issue to tackle at the moment.