India announced on Monday that it would raise 6 trillion rupees ($80.87 billion) through an asset-leasing program to free up government budget funds for infrastructure projects, a measure which may boost Chinese companies' expectations of participating in the plan. 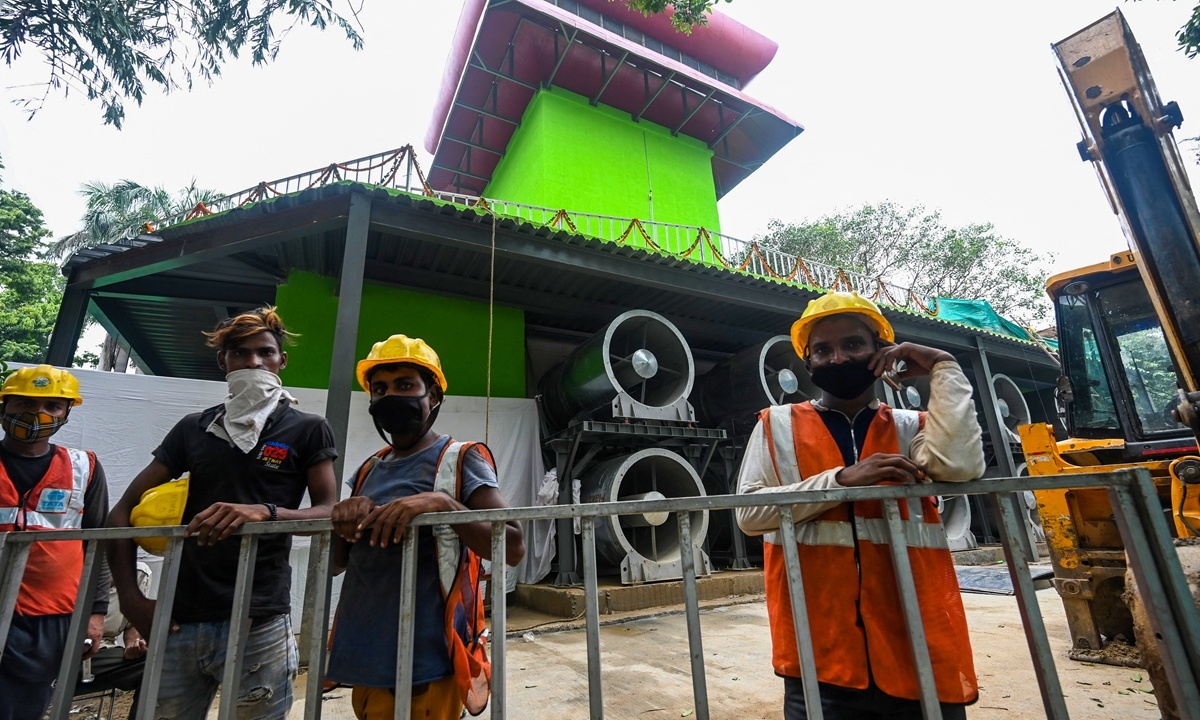 However, Chinese companies are cautious over instable policies in India and urged the Indian government to obey the spirit of contract and improve the country's business environment which may help rebuild their confidence in Indian market

According to a document unveiled by Indian Finance Minister Nirmala Sitharaman, New Delhi plans to lease state-owned infrastructure assets, including roads, railways and power transmission lines, over the next four years to raise capital for infrastructure in order to save Indian government budget, The Times of India reported.

The decision followed Indian Prime Minister Narendra Modi's announcement on August 15 that the country will soon launch an infrastructure plan worth of $1.35 trillion to boost the economy. The plan "will help local manufacturers turn globally competitive and also develop possibilities of new future economic zones in India," he said in his Independence Day speech.

Modi also said that the country is moving toward electric mobility, and work is progressing on the 100 percent electrification of Indian Railways with the aim of "becoming a net-zero carbon emitter by 2030".

Chinese high-end equipment manufacturer Sany Group - ranking among the top three in market share in India - has a positive view of the Indian government's plan for boosting infrastructure construction.

"There will be more demand for our construction machinery, including excavators, for such large infrastructure projects," a source with Sany said on Tuesday.

He said that the company's overseas sales revenue, especially that of excavators, grew fast in developing countries, including India, in the first half of the year.

However, he said there existed potential policy risks, in light of what happened to Chinese internet companies in India last year.

A manager of a leading Chinese solar panel company, whose products are exported to over 100 countries and regions including India, told the Global Times on Tuesday that he is uncertain whether India's infrastructure and clean energy plan will be a major draw for foreign enterprises.

The change of policy is capricious, the manager said. "In April, the Indian government initiated an anti-dumping investigation into imports of solar panels from China, Thailand and Vietnam. We couldn't predict the possible outcome for Chinese companies that have clean energy businesses in India," he said.

Chinese solar panel companies have played a significant role in India's clean energy development. With a market share of 79 percent, Chinese companies hold a top spot in India's import market for solar cells and modules, according to media reports.

"The Modi government has come up with the spending plan out of administrative purposes, and will probably fail to reach its goal, given the still ravaging coronavirus outbreak in India, its slow recovery, as well as its harmful collusion with the US and the EU in excluding China," Dai Yonghong, a professor of the Institute of China's Overseas Interests of Shenzhen University, told the Global Times on Tuesday.

The development of infrastructure is a systemic effort that requires capital, technology and management, rather than a vague blueprint, Dai said, urging India to cooperate with China.

As leading Asian economies that are on the rise, there are many complementarities between Chinese and India economies. Even though India followed the US' decoupling move in blocking more than 200 Chinese-developed apps, China-India bilateral trade still rose last year, Dai said.

Experts said that India could make good use of the advantages of Chinese companies for its infrastructure drive, but it should improve its business environment first.

"Given the low production and installation costs, mature technology and adequate production capacity, Chinese companies can contribute to India's development in clean energy sector. But t Indian government should maintain an open stance toward foreign businesses from other countries including China," an industry insider said.

India's assault on many Chinese internet firms in 2020 made Chinese companies increasingly cautious on doing business in India. According to the Chinese Ministry of Commerce, Chinese companies' direct investment in India stood at $200 million in 2020, a drop of 15.7 percent from the previous year.