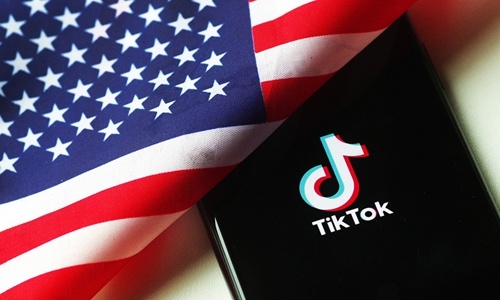 Chinese firms under siege from the Trump administration's groundless bullying have found a remedy in the US judicial system, analysts and lawyers said on Friday.

It is likely the court battle over the ban on Chinese video-sharing platform TikTok could end up with Chinese firms beating the Trump administration's executive order, and its lack of evidence.

Their comments followed US court papers filed on Thursday which show the US federal government, citing a so-called national security threat, appealing a federal court injunction blocking it from imposing a download ban on TikTok.

The US federal government asked the US Court of Appeals in Washington to review a ruling on September 27 from a US District Court judge, who halted the ban hours before it was scheduled to take effect, the Wall Street Journal reported.

US District Judge Carl Nichols temporarily blocked the Trump administration's ban on downloads of TikTok in the wake of an emergency hearing on September 27, giving its parent company, ByteDance, breathing space.

Despite the September injunction, a more comprehensive TikTok ban looms in November, about a week after the US presidential election. ByteDance must either sell or spin off its TikTok business in the US by the deadline, or any transaction would be banned, Trump's executive order says.

Nichols must decide whether to block the other aspects of the executive order. A new hearing is scheduled the day after the election. TikTok's deadline to file a motion for a preliminary injunction on the remaining four prohibitions is October 14, media reported.

TikTok did not respond to the Global Times as of press time.

"Based on the previous rulings on TikTok and WeChat, we can see the power of the American judicial system, which has given Chinese firms confidence, as measures against the Trump administration's crackdown have become more mature and positive," Wang Chao, founder of the Wenyuan Institute for Politics and Economics, a Beijing-based think tank, told the Global Times on Friday.

What's more, the Trump administration on October 2 appealed a ruling that prevented them from imposing a ban on Chinese social media app WeChat, after Judge Laurel Beeler of the US District Court for the Northern District of California issued an injunction in September against Trump's executive order, banning the app from operating in the US.

Hao Junbo, chief lawyer at the HAO Law Firm in Beijing, told the Global Times on Friday that, "In the past, when US government insisted on restricting certain firms, citing national security, the court's ruling would always be on their side, since national security is quite sensitive."

"However, TikTok's Chinese parent has found a solution," said Hao. Its solution - partnering with Oracle to handle user data - could address the Trump administration's concerns on the former's alleged sharing of data with the Chinese government.

"I think the court would consider the interests of its users and consumers instead of the Trump administration's, since the latter's issue could be resolved. That means the appeal on the TikTok injunction might not work," Hao said.

Talks are ongoing to finalize a deal for Oracle and Walmart for their stake in TikTok Global. The deal needs the approval of both the Chinese and US governments.